Limited sense of urgency and ambition for addressing the housing crisis 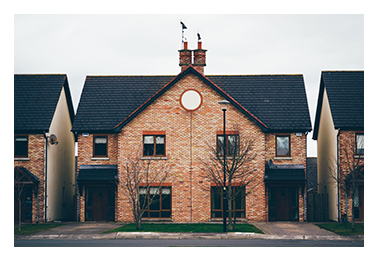 Minister Donoghue’s Budget 2018 speech offered an assurance that housing remains a critical priority for the government. This was followed by an announcement of an increase in the housing budget to €1.9 billion – a 46% increase on 2017, the largest increase of budget for any government department.

But how will this translate for the individuals and families that SVP’s 11,000 members visit, who are experiencing the stress and challenge of homelessness, overcrowding, rising rents, insecure tenancy arrangements and making do in poor quality and inadequate housing.

The budget saw some positive and welcome steps towards enhancing the supply of housing and escalation of state building. Next year 5,000 new social houses will be built by Local Authorities and Approved Housing Bodies, or provided through Part V (where 10% of houses built by developers must be allocated for social housing) with an additional 900 houses acquired, equating to a total of 5,900 new social homes delivered.

The announced move towards rebalancing the Government’s action plan for housing in favour of more housing construction is overdue and extremely welcome. When the target for social housing builds is compared to last year however (which was 5,869), the number of social housing units delivered represents an increase in target of only 31 extra social housing units.

With over 91,000 people on the social housing waiting list, and a record number of homeless (5,222 adults and 3,048 children), it is clear that this budget needed a more ambitious target for social housing output.

Shortly before last Tuesday’s budget, SVP members received a call from a family who had been given a notice of eviction. They know the landlord’s letter is not legal, but they also face the threat of their water being cut off and feel they have no choice but to act quickly to avoid homelessness, to look urgently for a new home, preferably in the same area. Their child is happy and thriving in the local school, and the family are settled in their community. As a family in the private rented sector in the current crisis situation, time is not on their side. They are facing the stark reality of a lack of security and assurance of being able to remain in their home.

As part of the housing package, Minister Donoughe announced a further €149 million for the Housing Assistance Payment which will enable a further 17,000 households to be accommodated, as well as continue supporting the 32,000 existing HAP tenancies. This is a necessary support to those struggling to meet their rent, but the shortage of supply remains a significant barrier. Equating to five times as many social housing tenants accommodated through the private rented sector, HAP represents the continued overreliance on the private sector to meet social housing need. The budget did not deliver the necessary scale of change in this approach - the consequences of which SVP members see regularly as they assist people who go without food, heating and other essentials in order to make rent payments.

Among the positive steps taken in the budget is the increase in the vacant site levy from 3 to 7 percent. It will take time for the effects of this to be seen, with levy’s becoming payable in a couple of years’ time. The Society of Chartered Surveyors Ireland have also indicated that the tax hike may not go far enough and be sufficient in a market with double digit capital appreciation rates on development land.

A further encouraging move is the establishment of the Home Building Finance Ireland which will stimulate more building by providing finance at commercially competitive rates to developers who are struggling to access financing for residential construction. As this new entity comes into being, it will be important to consider how this can be best utilised to address the social element of the housing crisis and enhance the much-needed supply of affordable and social housing.

As the housing and homeless crisis shows little sign of abating, more effective and ambitious action is needed to help people acquire secure and affordable accommodation, protect against people losing their homes and address the shortage of housing across all tenures.