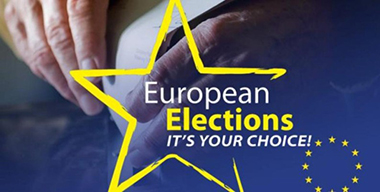 It doesn’t feel like the first of May out there, but today – or more specifically, tonight - is when we in the Society of St. Vincent de Paul come together with our colleagues in Trocaire and Social Justice Ireland to ask European election candidates in the Dublin constituency to make a pledge. We are asking candidates to prioritise the issues of child poverty, social exclusion, climate change, human rights and overseas development assistance. It’s easy to promise the earth at this frenetic pre-election time. The challenge is for the elected MEPs to deliver. But first the candidates need to at least commit to doing all in their power to promote these policies and fight for the financial and legislative necessities to underpin these areas once elected.

Our three organisations have a distinguished track record in advocating for social change in the interests of people on low incomes or who are marginalised in some way. And while we have different interests and operate at varying scales, we all agree that there are five areas that Irish MEPS must prioritise. So why prioritise these five issues – such as child poverty and social exclusion?

Our members in Ireland are invited into the homes of the people who seek our help every week – and they witness the impact that the crisis and the austerity programme is having on struggling households.  Those least well off before the economic crisis remain so, and their difficulties have been worsened due to cutbacks to the supports and services on which they rely.

Recent commentary suggests that Ireland is on the road to recovery, and that the crisis has all but passed.  However this is not the experience of the many thousands of people, in both rural and urban areas, who are on low or reduced incomes and under sustained financial pressure. Over 700,000 of our people, including more than 200,000 children, are living in poverty.  To compound matters, a very significant adjustment of around €2 billion is to be made in the Irish Government Budget for 2015. This will result in further cuts unless there is a change to current political dogma.

So we need leadership from politicians at all levels - European, National and Local - which focuses on people and not just budget deficits, and are asking candidates how they will work to ensure the full participation of all of our citizens in the broadest sense. We are jointly asking candidates tonight to make explicit that they will work to allocate enough resources to enable all children in Ireland to grow up free from poverty; that we do the right thing for people at home and abroad regarding energy and climate change policy; and that we meet our international social justice obligations around Ireland’s overseas development assistance target.

To all political parties in Ireland, I’m asking – in conjunction with Trocaire and Social Justice Ireland – can you make a stand and prioritise these five issues? Let the Hustings begin…