The word is out: Budget 2015 will increase poverty and income inequality 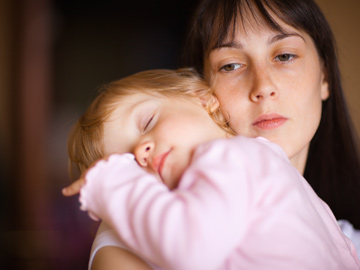 It seems that the only people being squeezed by Government policy right now are those with little or nothing to give.

Last Friday, December 12th, the Economic and Social Research Institute (ESRI) published its annual report on the impact of Budget 2015 on the money in people’s pockets and the distribution of income gains and losses amongst households with different incomes levels in Ireland. They used a sample of Irish households that is representative of the population as a whole to analyse the impact of the Budget.  They are a trusted source of information for policymaking and policy evaluation in Ireland.
Despite the Government’s Budget-day spin to the contrary, the ESRI found that incomes after tax, PRSI, USC, and next year’s water charges for the 10% of households with the highest incomes in Ireland will increase by 0.6%, while the 10% of households with the lowest incomes will lose 1% of their income.   Those households in the middle, ‘the squeezed middle’ as the media have called this income group, will see little change in their incomes.

The losses are what the ESRI call “policy induced losses”, i.e., they are not due to becoming unemployed, reduced working hours, or lower wages/self-employed incomes.  In other words, the gains and losses due to Budget 2015 are the direct result of the Government’s policy choices.
And the ESRI’s analysis only relates to changes in household income; the impact of the severe cuts to public services under austerity is not included. These cuts tend to affect those on lower incomes more as they cannot purchase services privately.  The analysis also does not include recent increases in VAT, which everyone pays regardless of their employment and income status, and is a disproportionate burden on people with lower incomes.

So it’s definitive: Budget 2015, when fully implemented, will increase poverty and income inequality for those with little to give.   It is those at the very bottom of our income distribution that are being squeezed.  Wasn’t Budget 2015 hailed by Government Ministers as the one that ended the years of austerity Budgets?

This was the Budget that, according to spin, contained a little bit for everyone in the audience, including: an increase in Child Benefit, a reduction in the lowest-rate of  USC, a partial restoration of the Christmas Bonus, and increased funding for social housing.  These measures were welcomed by SVP as Government policy needs to start addressing previous austerity measures.  However, SVP argued that decreasing the 41% marginal tax rate to 40% for higher income earners was a mistake.

SVP argued in our post-Budget commentary that the people we assist are still suffering due to previous Budgets: social welfare rates remain static; the introduction of water and medical prescription charges; reduced capitation for schools; cuts in community health services.  Pre-2009, SVP was spending around €23m per year on direct assistance to households; the total sum dispensed by SVP in 2013 was €43m.  Our members see the real impact of austerity every day in the homes they visit.

Surely, at very least, Irish people can demand and expect that the annual Budget, the main instrument in the Irish Government’s policy toolbox, does not create or increase poverty and deprivation for the lowest income households and does not make Ireland a country of social and economic inequality.  Is this not the bottom line for any Government policy?