Why we need an adequate social protection floor 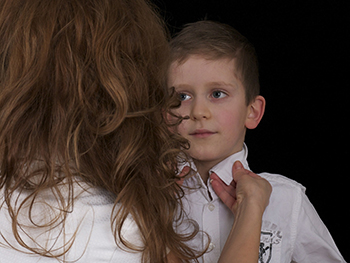 No one could argue that Irish public services are severely underfunded.

The costs of childcare, housing, school supplies, further and higher education, utilities, healthcare, and transport dramatically impact on people's ability to get out and stay out of poverty. It is clear that Ireland needs to invest significantly in these critical areas if we want to tackle inequality and social exclusion.

However, social welfare schemes are still an essential form of support for households and are the last resort for those in difficult circumstances. Importantly, the impact of investment in services won't be felt for many years, and that's why we believe it is vital that all social welfare payments are "adequate" so that people do not continue to be trapped in poverty.

Recent research published by the VPSJ showed that Budget 2018 increases in social welfare helped some households afford a Minimum Essential Standard of Living (MESL). Yet, over 70% of households in their analysis do not have a sufficient income to meet a MESL.  One parent families, people living in rural areas, single adults, and households with older children are at the highest risk of income inadequacy. For example, income for a one parent family with two children and living in a rural area is €153 euro short of what they need to cover basic needs.

Every week members see the reality behind these statistics. Income inadequacy means having to choose between whether to pay the rent, the electricity bill, or pay for food and the daily worry about whether the car will break down or someone will get sick, and then deciding which necessity will have to be sacrificed to pay for an unexpected bill.

In 2017, one in three of the 130,000 calls to SVP for help were related to food poverty. Members experience shows that when times are tough, food is typically what families cut back.

In our pre-budget submission this year we are asking that social welfare rates are benchmarked at a level that is sufficient enough to lift people out of poverty and provide them with a Minimum Essential Standard of Living. We also have detailed proposals on how the Government can improve income supports which will enable lone parents to take up education and employment, recognise the costs associated with raising an older child and increase income supports for older people living alone and people living in direct provision.  We are also asking to restore the unjust cuts to the rate of Jobseekers Allowance for young people aged under 26, which contributed to the rate of deprivation increasing twice as fast among this group than other adults of working age during the crisis.

SVP believe that an adequate social welfare floor provides people with stability in their lives and supports them to be active in society.  It can protect the unemployed and older people from undue hardship, value caring work and support those who cannot access employment due to an illness or disability and ultimately fulfils the fundamental human right of living with dignity.