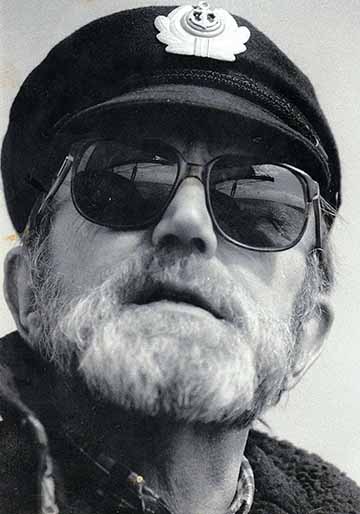 I remember attending my first meeting of the Dublin Councils in all Hollow’s College, Drumcondra. You had to be there early to get a seat.  At that meeting, four men were given a special introduction for they had completed fifty years as members of our Society.  I was in awe that these men had achieved this wonderful milestone.  That was in 1955, and to my surprise I have passed that milestone in what seems to be about twenty years. The time has flown.

After school, I started work in a predominately Protestant Company. One of the senior men in that company approached me and asked, "What religion are you?" When I told him he said, "I think you should join the St Vincent de Paul Society. Meet me after work next Monday”.

Around that time a group was forming what was to become the Salvage Bureau downstairs in Ozanam House.  Jimmy Sinclair was the first president and we joined in to help and in no time we got hooked on the possibilities for these two special works.  They were the start of what is now, the Vincent’s Shops.

I was sent to the Conference of Christ the King, Cabra, where I came face to face with the reality of poverty.  The then president was an incredible Derry man John McNamara a school teacher in St Vincent's Glasnevin, who was to become my mentor, friend, and later my near neighbour.

At that time the usual food voucher was 5 shillings, which would be equal to about 20cents today.

I was about six months in the Conference when a call for help came from a man who had spent twenty years in St Brendan's Grangegorman, and when he came out, his wife had died and every stick of furniture was gone.  "Ok let’s get some furniture from the Salvage bureau and more important let’s get some food into the house" I advised.  "Eh Brother, I think you should know something, I'm a Protestant” I told him that that was unimportant, and we would help him, and maybe he could also get a little extra from his own Minister. He said to me “I went to him first, but we had a row and I walked out. But I got my own back.  I went to Mass the following morning for spite” How do you deal with that?

I worked happily in that Conference for a number of years, spending a week every year in Sunshine House in Balbriggan as was normal with young members. I got a promotion in the Company I worked for, and I had to move around the Country a lot.

How it happened I don't remember, but I received a call from the President of the Council of Ireland Brother Bill Cashman. I could not have been more surprised if the Pope himself had called. When I'm down the Country could I visit Conferences and Councils and report back to him on their needs and progress. I was delighted, Television was not as yet in the Country and not everyone had phones. As I did not drink, the evenings in a hotel could be very boring.  I visited many Conferences and Councils for the next few years.  Bill Cashman decided to form a National Youth Council, which I joined with six other young Brothers, one being Larry Twomey who was our first President and he is still working hard on the Council of Dublin.

We organised an International Youth Meeting for young Vincentian's in Gormanstown College 1965. There we had the pleasure of meeting the then President General Henri Jacob who came over from Paris to the meeting. During the preparation of this meeting we had to get volunteer typists, as there were no female members at that time.  I was asked to leave one of these girls home after a very busy Sunday, I married her eighteen months later.  She has not forgiven St Vincent de Paul or Fred Ozanam since...  The six of us on the committee received a Papal medal; unfortunately mine was stolen in a robbery in my home many years later.

During this time I was also called to the Council of Ireland where I worked happily with Bill Cashman, and later his brother Bob who succeeded him as President, Cormack O' Brion, Dan Hampson, Larry Byrne, Larry Twomey , Michael Kilcullen, John Peacock (The National Secretary) and of course Charlie Gallagher, to name but a few.  All these and many more wonderful people who worked hard to make the Society what it is today. I was asked to take over Propaganda. I said that I would, but only if I could change the name to Public Relations.  This was agreed and I finished off my fifteen years on the Council of Ireland in this position. During that time we moved from Grafton St to Nicholas St. Many things happened in the Society during that time far too numerous to mention.  But one of my proudest times was when I started the Christmas Cards, which are now a huge item within the Society. 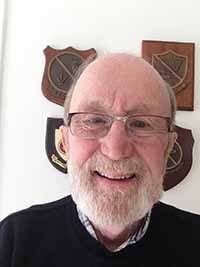 I had one major incident while on the Council.  I was getting up to date with my PR work in Nicholas St, and was on my own in the office, and it was about 8pm when the doorbell rang and when I answered it, a man was standing there with a parcel. “Give that to the poor” he said.  I asked him if there was any money in the bag as I could give him a receipt.  “Don’t worry about that I don’t want one “and he left.  I went back to my work and put the parcel into the corner. At about pm I was finished, and decided to check the bag before going home. I opened it, and to my horror and surprise, bundles of £10 and £20 pounds were in the bag, I started counting the bundles and estimated that there was about £20,000 in the bag.  When you consider this was about 1966 and in today’s money would be about equal to ½ Million Euro or even more.  In shock I rang Bill Cashman. “You will have to bring it home as you cannot leave it there” he said.  “I can’t take the responsibility of this amount of money” I replied.  “There are three people that know about this Eamon, you, me and the stranger that gave it to you. If you are mugged I won’t say anything the stranger won’t say anything and the rest is up to you…”

I brought the parcel home telling none of my family and sleeping with the parcel and my dog in the bedroom.  There was no happier person than I when I brought the parcel into John Peacock the next morning and I thought he was going to have a stroke when he opened the parcel. We never found out who the stranger was.

After my term on the Council, I then joined the Conference of St Columba, Iona Road, were I later served for a number of years as President. I moved to Howth as I always was a very keen sailor and was happily a member of the local Conference of The Assumption, Howth for ten years. I proudly received the Ozanam medal in 2005.

Grandchildren came, but they lived in the Southside, so we moved to be near them and our children.  I am now a member of St Raphael’s Conference Rathfarnham.  And how happy I am to have Cormac O’Brion former Dublin and National President as a near neighbour.

It has been a fantastic sixty years.  If asked, the only change I don't like about the modern Society is it being called SVP instead of the full name St Vincent de Paul Society. I have met many superb people within the Society many of whom I am very proud to call my friends. Alas a good few have died but I can say that I got a lot more out of the Society than I have put into it.