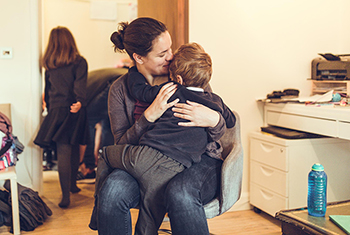 The Society of St. Vincent de Paul (SVP) said that improvements in targeted supports for vulnerable groups in Budget 2020 are very positive but that overall the social welfare measures are insufficient.

SVP also said that the measures to offset the impact of carbon tax on low income households are inadequate and many households will be left struggling with increased energy costs notwithstanding the increases in fuel allowance.

Whilst the targeted measures are welcome “To mitigate the potential impact of Brexit on the poorest households, the Government needed to be proactive and increase social welfare rates for those most at risk of income inadequacy.  The failure to do so means hundreds and thousands of households, who are already struggling, will fall even further behind. For the same reasons, we are concerned and disappointed we did not hear any announcement in relation to the proposed increase to the National Minimum Wage” said SVP Head of Social Justice and Policy, Dr. Tricia Keilthy.

SVP National President, Kieran Stafford added “The danger of inadequate social welfare is that it can trap people in poverty, leading to greater social, health and economic costs in the future. That’s why Budget 2020 should have sought to reduce the gap between the lowest social welfare rates and the cost of everyday essentials for people.”

The measures to improve supports for one parent families who are working was welcomed by SVP. “Earlier this year we published a report which showed that in-work poverty among lone parents more than doubled between 2012 and 2017. The measures announced today, including the improvements in the income supports and the Working Family Payment are very positive and will help reverse this upward trend in poverty among working lone parents,” said Dr. Keilthy.

“It is really important that Fuel Allowance is increased in 2020 because its value has diminished in recent years due to energy price hikes. However, offsetting carbon tax increases through Fuel Allowance is insufficient because the payment is highly means tested. Low income households in rural areas, working poor households and those living in poorly insulated homes in the private rented sector will be particularly impacted by this decision,” said  SVP National President, Kieran Stafford.

SVP are concerned that the capitation grant rate was not restored to 2010 levels for primary and second level education. SVP understands that the total budget for such measures is only €4 million which includes a capitation increase for small schools and a pilot scheme for free school books. This means that parents will continue to pay voluntary contributions to fund their child’s education. There are no proposals to review the income thresholds for the SUSI grant scheme, which is a missed opportunity for people wanting to access further and higher education.

“Access to education is the key to breaking the cycle of poverty but in our experience costs are a barrier for far too many children and young people in this country. We strongly believe that everyone should have access to further and higher education and quality, free primary and secondary education but today’s education measures lack ambition,” said Mr. Stafford.

Regarding the Budget 2020 housing measures, Mr. Stafford said: “Our experience shows that one of the biggest drivers of poverty among families today is housing costs.  Parents want and need a place to call home, which is affordable and secure so that they could create a stable routine and environment for their children.

Many of the households we met while completing our recent report, ‘Housing Assistance Payment: Making the right impact?’ told us that living in the private rented sector does not meet their long term housing need due to issues of unsustainable top-ups, poor quality accommodation and tenure security’’.

The Society also said that the failure to increase the limits for Rent Supplement and the Housing Assistance payment is disappointing as the gap between the limits and market rent has increased significantly in recent years making it very difficult for low income households to find accommodation.

SVP also said the lack of investment in the National Affordable Rental Scheme is a missed opportunity for low income households needing to access affordable accommodation.

On the whole, we don’t believe that this budget protects those most vulnerable in the event of a No-Deal Brexit.