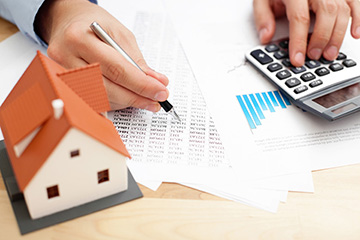 Tenants in the private rental sector who had rent increases in 2015 could face another increase in a few months time if they have been paying the same rent for two years.

Households with children living and working on low incomes in Dublin are paying approximately €10,500 a year more than if the same household was in social housing.
The Government must examine a number of different options, including linking rent changes to changes in the Consumer Price Index, says the Society of St Vincent de Paul (SVP).

Improved security of tenure is also an essential element of the reform needed in the private rented sector, says SVP.  “If the sector is to be the home for life for many households and is to be a key component of sustainable communities across the country, tenants must be assured that if they are compliant with the terms of their tenancy, they can look forward to secure housing.” said John-Mark McCafferty, SVP Head of Social Justice.

The SVP proposals are contained in a submission to the Department of Housing, Planning, Community and Local Government on the development of a Strategy for the Residential Rental Sector.

SVP says that its submission is mainly based on its members visiting people in their own homes. Many of those visited by SVP are tenants in the private rented sector in receipt of supports like
Rent Supplement and the Housing Assistance Payment and who are struggling to find and afford accommodation.

According to John-Mark McCafferty the experience of SVP members presents a number of common themes regarding the lower end of the private rented sector, including rent hikes and economic eviction; termination of tenancies for little apparent reason; poor physical standards including cold, damp dwellings and unreasonable withholding of deposits by landlords.

SVP says that it is becoming increasingly concerned at the affordability crisis facing many households living in the private rented sector, whether they are reliant on Rent Supplement, HAP or are paying their rent entirely from their own resources.

“Those in private rental accommodation spend a higher share of their income on housing than those in owner-occupied or social housing.

“The 2016 Minimum Essential Standard of Living Report by the Vincentian Partnership for Social Justice shows that housing costs are approximately €200 per week more for households with children living and working on low incomes in Dublin and renting in the private rented sector, than for the same household based in social housing.

The high and increasing cost of rent in the private rented sector is one of the factors preventing many households from being able to afford a minimum essential standard of living and is resulting in more individuals and families becoming homeless,” said Mr. McCafferty.

He also said that the Government’s housing strategy, Rebuilding Ireland, commits to introducing a pilot Affordable Rental scheme by the end of 2016. The detail of this scheme will be important, as will the extent to which it will rely on the existing supply of housing in the private rented sector rather than on new supply.

The Society believes that there are some practical initiatives that need to be introduced to the sector, for example a deposit protection scheme, whereby deposits are held by a third party.
This is particularly important for tenants who rely on assistance from the Community Welfare Service to pay their deposit or where tenants are on low incomes, as when there is a dispute over the return of a deposit, this can leave the tenant without the means to afford a further deposit on another home, increasing the risk that they will become homeless.

SVP says that the residential rented sector will be required to meet a large proportion of long term social housing need across the lifecycle – for single people, families with children, people with disabilities and older people - as well as meeting the needs of other groups, such as young professionals, students and transient workers who may not require long term rented accommodation.

“The implications of changing trends in housing tenure cannot be ignored, said John-Mark McCafferty. “The current direction of Government policy means that many households who cannot access social housing will be reliant on the private rented sector (with supports) for their housing needs.”

The SVP vision set out in its submission is for a residential rental sector which is growing in units, improving in physical and energy efficiency standards and which works for tenants and landlords alike.
It is a vision of a sector, which is sustainable and is regarded as a reasonable, affordable and secure choice for households and an integral component of sustainable communities.