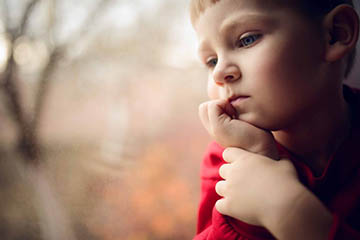 New data confirms SVP experience that hundreds of thousands of low-income households continue to be unable to afford essentials like food, adequate housing and heating.

The latest official statistics published today confirm that despite the recovery very little has changed, as hundreds of thousands of low income households continue to be unable to afford essentials like food, adequate housing and heating.

The figures mirror the experience of Society of St Vincent de Paul (SVP) volunteers who visit families in their homes. Last year SVP received over 130,000 calls for assistance.

The Survey of Income and Living Conditions (SILC) was published by the Central Statistics Office (CSO) today (19 December 2017) and shows that the level of consistent poverty has only marginally improved, falling from 8.7% to 8.3% between 2015 and 2016. This change is not statistically significant according to the CSO.

“The data published today confirms the experience of many SVP members involved in home visitation who continue to support thousands of struggling families across the country.

The housing crisis, precarious work, the cost of education, utilities and other services makes life extremely challenging for those living on a low income”, said Kieran Stafford, SVP National President.
Dr. Tricia Keilthy, SVP Head of Social Justice said “Ensuring that people have an adequate income is critical but tackling poverty is not just a matter for the Minister for Employment Affairs and Social Protection.

All in government have a responsibility in addressing poverty and greater cross-governmental work is required to enhance our social infrastructure which allow everyone to access quality and affordable services.”
SVP is calling on government to properly poverty proof all budgetary and policy decisions.

The CSO data shows that 14.3% of those in private rented accommodation are living in consistent poverty, an increase of 3 percentage points from 2015.

“As well as supporting families staying in unsuitable emergency accommodation like hotels and B&Bs, SVP members continue to meet thousands of families living in private rented sector, trying to keep pace with unsustainable rents and on the brink of homelessness. As a result, they often feel they have little choice but to put up with substandard conditions, fearful of eviction”, said Mr. Stafford.

There has been little progress on tackling child poverty as the rate remained virtually unchanged from 2015 at 11.1%. Compared to 2008 there are approximately 70,000 more children living in poverty.
“Research shows that experiences of poverty in childhood can have long lasting effects into adulthood and investing in early childhood supports and services is key. But unfortunately, we’re still not seeing the level of investment in community services and the early years settings which is comparable to other European countries.”

“It makes good sense to enhance our early years services as the foundations for children's future health, happiness, development and achievement at school are laid in the first five years of life”, said Dr. Keilthy.

One-parent families continue to be one of the groups most likely to be living in poverty. In 2016, according to the SILC report, 24.6% were living in consistent poverty. A report published by the ESRI early this month also shows that lone parents are much more likely to remain in poverty longer.

“It is extremely worrying that 1 in 4 one parent families are living in consistent poverty. It is clear that a more integrated approach which tackles the issues of low income, inadequate service provision particularly in areas of childcare and housing is urgently needed”, said Dr. Keilthy.

Without social transfers such as Jobseekers Allowance, Pensions and Child Benefit 44.9% of the population would be living below the poverty line. Almost one quarter of those experiencing deprivation are at work, demonstrating that employment doesn’t always guarantee a decent standard of living.