The Society of St Vincent de Paul is celebrating 175 years in Ireland this year. 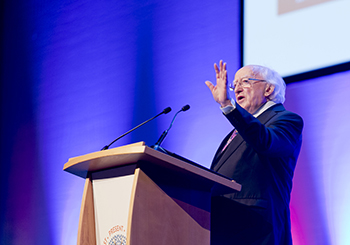 On Saturday, 13th April 2019, over 1,000 members of SVP gathered in the Convention Centre in Dublin to mark the anniversary. President Michael D. Higgins opened the event.

SVP is the best known and most widely supported organisation of social concern and action in Ireland  with over 11,500 volunteers active in every county in Ireland.

Since its foundation in 1844 it has been serving the poorest and most vulnerable in our communities.
For decades the Society has provided help and support to those most in need through the Famine in the 19th century, two World Wars, an Uprising, a Civil War and  cycles of economic austerity. 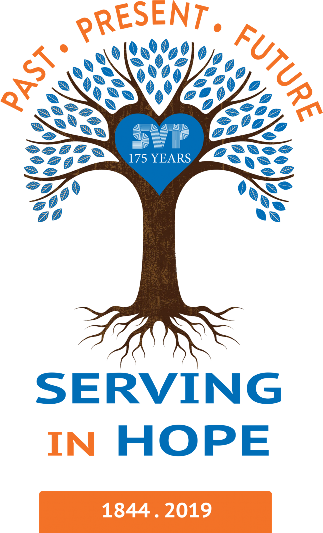 “There are nearly 800,000 living below the poverty line including 100,000 people at work; record numbers of homeless; 50% of lone parent families experiencing deprivation and 61% of families struggling with education costs.

“We know and meet the people behind the figures every week bringing friendship and support.” he said.

The first group (Conference) meeting of SVP in Ireland was held in a house in Charles Street West in the Parish of St Michan's in Dublin. Members of the current St Michan's Conference will have historical documents on display in the Convention Centre which track the  work of the Conference through the years.

Under the title 'Serving in Hope - Past, Present and Future’ speakers during the morning session today will trace the history of SVP, outline its role in social justice and education and members of Young SVP will show how its Youth Development Programme is shaping the volunteers of the future.

Regina Doherty, TD Minister for Employment Affairs and Social Protection addressed the gathering in the afternoon. She was followed by Katriona O’Sullivan who shared her story from being a homeless, young mother, parenting on her own to being a university lecturer with a PhD and an advocate for equality and equity.

Brian Cody, Kilkenny Senior Hurling manager was the final external speaker before the Mass of Thankgiving celebrated by the ArchBishop Diarmuid Martin.