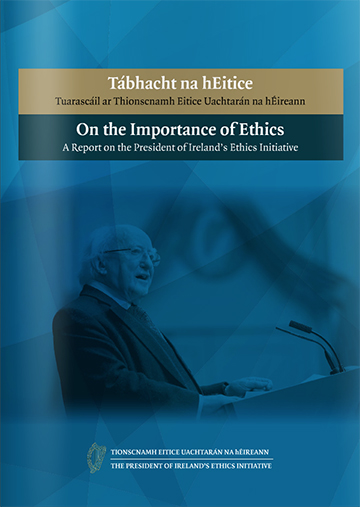 The President of Ireland’s report ‘On the Importance of Ethics’ published today (1st February) should prompt business and political organisations and other sectorial groups to debate both internally and with the general public the type of Ireland we want in the future and the ethical dimension of Irish society, says the Society of St Vincent de Paul (SVP).

The SVP said it was pleased to have played an active role in President Higgins's Ethics Initiative since it was launched in November 2013.

The initiative resulted in over 60 events being held, primarily organised by third level institutions and community and voluntary groups.

"The report now provides an opportunity to broaden the discussion to other areas of Irish society. It is clear that we need a broader discussion involving all parties about the ethics around unequal experiences in relation to health, housing, employment and direct provision.

These are key issues in any vision of a fairer and more just Irish society.” said Caroline Fahey, SVP Social Justice Policy Officer

SVP said that it supports the President’s statement that it is up to all of us to work together for a more ethical society.

"As the President said today economic policy must be located within an understanding of social values, we need a broad discussion about society, not just an economy and we need to return to the language of citizens, rather than consumers or taxpayers” said Caroline Fahey.