SVP unveil plaque where first meeting was held in Ireland, 175 years ago 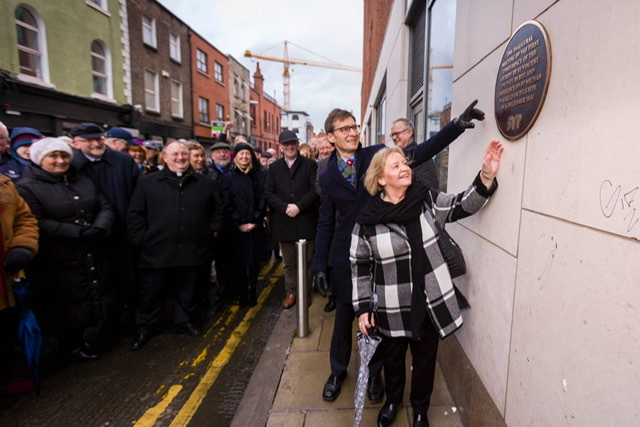 Dublin 8 December 2019….This afternoon the Society of St Vincent de Paul (SVP) has marked its 175th anniversary in Ireland with the unveiling of a plaque in Charles Street West in Dublin on the site where the first meeting to form the Society in Ireland took place.

The unveiling of the plaque on Ormond Building in Charles Street West, was performed by Kieran Stafford, SVP national president and Bernie Hogan, President of St. Michan’s Conference, which was the first Conference of SVP to be established in 1844.

On Monday 16 December 1844 at 8.30pm seven men, including two clergymen, held a meeting at the White Cross Rooms in Charles Street West in the Parish of St Michan, Dublin, to plan the introduction of the Society of St Vincent de Paul in Ireland.

During the following year they went on to establish five branches throughout Dublin. 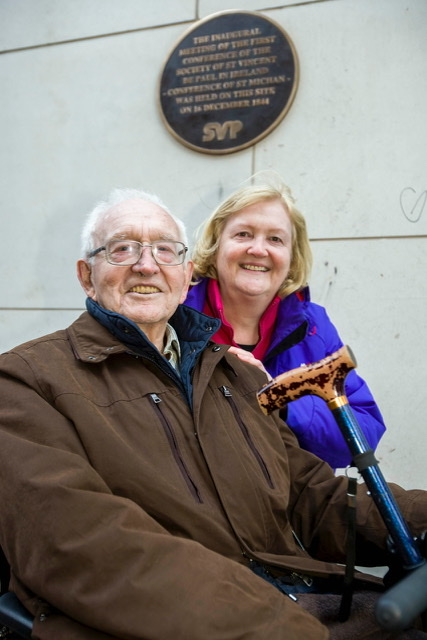 Now 175 years later SVP is the best known and most widely supported organisation of social concern and action in Ireland with over 11,500 volunteers and 1200 Conferences active in every county in Ireland serving the poorest and most vulnerable in our communities.

Since its foundation the Society has provided help and support to those most in need, through the Famine in the 19th century, two World Wars, an Uprising, a Civil War and cycles of economic austerity.

“There are almost 750,000 living below the poverty line including 100,000 people at work; record numbers of homeless; 50% of lone parent families experiencing deprivation and 61% of families struggling with education costs.

“We know and meet the people behind the figures every week bringing friendship and support.” he said.