Urgent need to re-shift our policies, investment and narrative 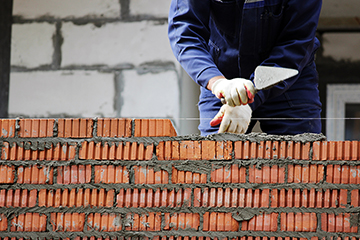 There has been much in the media over the past week in relation to the persistent homelessness crisis. Publications by Daft.ie and the Economic Social Research Institute (ESRI) earlier in the week provided a further stark reminder of the dangers of relying on the dysfunctional housing market to address our housing and homelessness crisis. Rents are now 61% higher than at their lowest point at the end of 2011 and for the sixth quarter in a row the increase in rents has remained above 10%. Meanwhile, the ESRI predicts that house prices could rise by 20% over the next 3 years.

SVP members are seeing on a weekly basis the reality and hearing the stories of the individuals and families behind these statistics and trends. While not necessarily surprising, these findings are a cause of added concern for those that SVP assist. Members are encountering people struggling to meet the cost of rent and facing the fear of eviction. They often feel they have little choice but to put up with inadequate conditions. SVP members support households at risk of becoming homeless by helping them to sustain their tenancies.

The above reports were quickly followed by revelations that less than 1 per cent of the social housing needed across the State has been built by local authorities or approved housing bodies since the start of last year, with just 1,093 social housing dwellings built since January 2016 according to data compiled by housing policy analyst and architect Mel Reynolds. Most of these were built by Approved Housing Bodies as opposed to Local Authorities.

So what are we as a society doing and how are we responding? While this analysis and data were being released, they were accompanied by a worrying narrative of homelessness as “normal”, “low by international standards”, reports on homelessness as damaging to Ireland’s reputation and resulting from years of “bad behaviour”. These statements are factually and morally wrong.

This narrative needs to be challenged. As a society, we can never allow the homeless crisis to become ‘normal’, or acceptable. Family homelessness has increased by 59% over the last year and a third of those homeless are children. Yet we seem to have reached a point where thousands of homeless children are no longer a cause of outrage. The last week has also brought a warning about getting too emotional about the homelessness crisis. But for those in emergency accommodation or refuges, homelessness is emotive. Over the last couple of years, our members have been responding to an increasing number of requests for visits from families in emergency accommodation. Families living in these circumstances consistently face the uncertainty over their future and when they will find a home, and endure the daily worry of how they are going to feed their children, concern over the disruption to schooling, and the stress placed on families forced to all share the same room.

SVP is gravely concerned that a rise in homelessness will be inevitable as house and rent prices continue to rise. We are in the middle of a housing and homeless emergency. This demands an empathetic and compassionate response. It demands an urgent shift and redirection of policy, investment and narrative. Families need secure and safe homes, yet the problem of housing shortage is growing faster than the response, which will have long term ramifications without considerably increased action.

The recent reports have highlighted again the gap in supply of housing – as many as 50,000 new house builds are estimated to be needed, and a further 15,000 houses for renting. A more ambitious target for social housing output and affordable homes is clearly needed. The only sustainable solution will be a housing-led one.

We must stop the continued overreliance on the private sector to meet social housing need. The majority of families who have lost their homes over recent years were living in private rented accommodation. As rents soar, keeping people in their homes will be paramount. A rise in homelessness will follow if protection measures for tenants are not enhanced.

It is over three years since the Constitutional Convention recommended that a right to a home be included in our constitution. At this important juncture in Ireland’s economic recovery and as we begin to look towards the centenary of the foundation of our State, it is now time to act on this recommendation.