SVP expect no slow-down in calls for help in 2019. 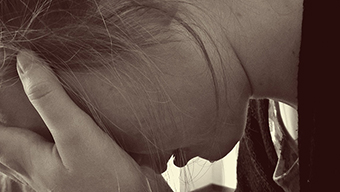 Based on greater than anticipated calls in lead up to Christmas the Society of St. Vincent de Paul (SVP) expects no slowdown in the calls for help it will receive in 2019.

Early in November SVP National President Kieran Stafford predicted that the Society would receive about 50,000 calls for help over the winter months.

This will be exceeded in the new year as the Society has already received almost that number in November and December.

Help with the costs of food, fuel, education and utility bills remain the highest number of requests from families struggling on inadequate incomes.

“We are also increasingly receiving calls for help from people unable to meet growing costs of private rental accommodation and being forced to make choices about the use of scarce income", said Mr Stafford.

"The improvement in our economy is very welcome but it has not improved conditions for everyone.

“Our 11,500 members in every county in Ireland who visit families in their homes see the stark reality behind the statistics for thousands”, he said.

Mr Stafford also said that people who struggle to make ends meet week in and week out  are often chastised for their circumstances, particularly if they are homeless or out of work through no fault of their own.

"We are a generous people, the support that SVP and many charities receive shows that. But often those who ask for help are viewed as somehow the cause of their own misfortune..
Those who struggle to avoid or escape poverty deserve our support and empathy,” he said.

This year is the 175th anniversary of the foundation of SVP in Ireland. During that time it has provided help and support to those most in need through the Famine in the 19th century, two World Wars, an Uprising, a Civil War and  cycles of economic austerity.

SVP is also committed to identifying the root causes of poverty and social exclusion in Ireland. In solidarity with people experiencing poverty and disadvantage, it advocates and works for the changes required to achieve social justice and equality of opportunity for all citizens and to create a more just and caring society.
Eleven years prior to its establishment in Ireland the Society was founded in Paris by Blessed Frederick Ozanam, then a 20 year old university student. He and six companions set up a 'Conference of Charity' visiting poor people, bringing food, clothing and friendship in a confidential non-judgmental spirit.
They adopted St Vincent de Paul as their patron.

From the outset the Society favoured a practical, direct approach to dealing with poverty, an approach that remains to this day..

"The support and help we provide, financial, practical and emotional may not be exactly what Blessed Frederick Ozanam had in mind in Paris in 1833 but the spirit that drove him and his friends to serve  those in need is exactly the same as that which drives our members and volunteers in Ireland today.” said Kieran Stafford.