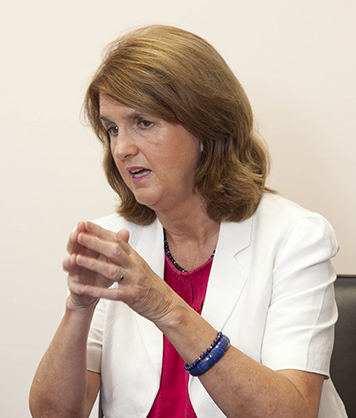 Our pre-budget work kicked off in earnest with a May meeting with Minister Burton. As SVP is a trusted and respected organisation working with many clients of the social welfare system, the Minister was keen to hear our concerns and recommendations about both the urgent issues, such as homelessness, and in relation to Budget 2015.

Regarding homelessness and housing, we asked that ceilings on SWA rent supplement levels be raised, particularly in the Dublin region, given that Government is about to carry out a review of rent supplement limits. While the Minister was not in favour of wholesale increases in the levels, there is a commitment to look at rent levels where certain rent supplement tenants are facing particular affordability problems, and greater information and supports to tenants in rent arrears and in dispute with landlords.

We also raised the impact of water charges with Minister Burton. The first water bills will issue to all of us in early 2015. Households without children under 18, but with two or more adults on job seekers payments or low pay, will really struggle with water charges. They will not be as well protected from full charges as other groups, yet are expected to pay as much as high income households. In addition, families with young people who are over 18 years of age but still in school or college won't benefit from the free per-child water allowance.

We asked that budget 2015 is designed by Government to tackle poverty and social exclusion; combat unemployment and provide supports and opportunities to jobless households; and invest in our children and young people. We argued that the cumulative impact of cuts to incomes, increased taxation and user charges meant that the real value of social welfare payments and incomes from employment have not kept pace. We urged the minister that adult social welfare rates and child income supports reflect the increased cost of living so that their purchasing power is maintained.

We will launch our pre-budget submission in late June and meet the minister again in early July at the Government's pre-budget forum. We will continue to push for the incomes of the low pay and those of social welfare to be protected and increased to reflect raised living costs. Budget day in mid October will reveal whether we have been successful in this argument with the Minister.