A Cause for Celebration? 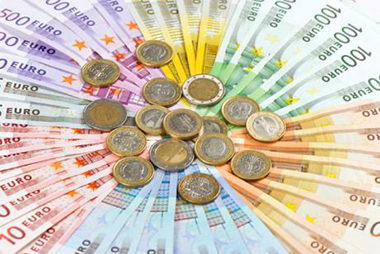 I’m 40 today – or at least on the day this blog went live. Colleagues marked it with cake, coffee and kind words, which were greatly appreciated. The occasion punctuated an otherwise routine office day – if such a thing exists in SVP.

It’s natural to mark and prepare for significant events, reflect on past birthdays and probably shy away from future ones. The question you get close to your birthday is what you want on the day. Something similar happens as Budget day approaches and media increasingly ask me what SVP want to see – or at least see protected from further cuts - at this time of austerity. Five days before Budget 2014 announcements and reaction, I’m reminded of what we’ve said to you, the public during Make Your Voice Heard. In the course of our Campaign blogs, we’ve spoke of the things facing the people we assist – and if you’ve read some of our blogs, they confirm what you already know.

Just last week we talked about the one in ten people in Ireland who couldn’t access or afford a healthy diet in 2010. This is borne out by the money we spent on assisting households with the cost of food that year – €9.9 million. Another big cost for people on lower incomes is of course energy. In September, we blogged that over the last three years, the value of the fuel allowance at €20 per week for 26 weeks had been wiped out by energy price hikes over that period. In the three years up to 2011, our support to make energy more affordable to people had almost trebled to over €10 million annually. Our other big support to families is in education. Earlier in September, we publically supported Government’s move to link school uniform costs with levels of funding for schools. As August drew to a close, we voiced our dismay at both poor quality private rented accommodation witnessed in the course of SVP visits to peoples’ houses, and the fact that poorer people are not only more likely to experience cancer, but also that their outcomes for survival are not as good as those with higher incomes.

All of these things are important for us. But one thing stands out for me as Budget 2014 looms. It’s the fact that one parent families, the household type we help most, have the highest risk of poverty. Yet one parent families have been the target for some of the deepest cuts to income supports and services over the past number of years.

At SVP we reflect on budgets the way most people might reflect on birthdays. Today, I turn 40. But perhaps more significantly, I’m asking Government to lead and make choices which will tackle Ireland’s budget deficit in a fair and equitable way in Budget 2014 and beyond.

Thank you for making your voice heard. Now it’s up to the politicians on Budget Day 2014.