Home BlogA welcome increase in the minimum hourly wage but will this lead to increases in standards of living?
Read time 04 mins
Author:
Category: Blog

A welcome increase in the minimum hourly wage but will this lead to increases in standards of living? 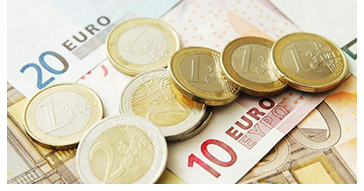 Like many, the Christmas break and New Year are already fading into a distant memory. As I welcomed in the New Year, my focus was on catching up with old friends and enjoying special times together. However, as I got back to the regular routine, I was reminded that 1st January was also significant for other reasons. The New Year saw some important measures come into effect.

A number of initiatives announced during the budget came into effect as of 1st January. Significantly, the national minimum wage was increased from €9.25 per hour to €9.55 per hour.

While the increase in the minimum hourly wage is welcome, it left me wondering would the €0.30 increase have much of an impact? Would it help address the risk of poverty or rates of deprivation that many households on lower incomes continue to experience?

Just before Christmas, the CSO released its annual Survey on Income and Living Conditions (SILC) report. It starkly highlighted how not everyone is feeling the benefit of the recovery, and certainly not equally. One million people in Ireland continue to experience deprivation – that is experiencing at least two of the 11 types of deprivation which range from going without heating in the last year, being unable to afford a warm coat, to being unable to afford shoes or to replace worn out furniture.

What particularly struck me was that 105,000 people living in poverty are in employment. While access to decent quality employment significantly reduces the risk of poverty, this high number of “working poor” demonstrated to me the reality that being at work does not always guarantee a decent standard of living and is indicative of the growth in precarious, low pay employment.

Just a few weeks before Christmas, a number of energy suppliers increased their prices. Travel costs also increased as Dublin Bus and Luas raised their fares. And of course, there remains the continuing increase of rents across the country with the rate of rent inflation remaining above 10% in 2017. These are all having a considerable cumulative effect on the overall cost of living and result in low income households being unable to afford essentials like food, adequate housing and heating.

So what might be an appropriate minimum wage be? Well, the answer to this question has already been considered. Back in July 2017, the Living Wage Technical Group raised the rate of the living wage from €11.50 to €11.70. This is based on what it considers necessary to realise a Minimum Essential Standard of Living (MESL), a standard of living below which no one should be expected to live below. The MESL is decided by members of the public, agreeing on what is needed to live at an acceptable dignified standard and participate in society. However, even with the increase to the minimum wage, there remains a 20 per cent gap between it, and the living wage.

Through the home visits and support that SVP provide on weekly basis, members are seeing how people’s opportunities can either be created or constrained by the economic and social context that they are in. Not everyone is in a position to benefit from the recent economic growth. SVP believes that everyone has the right to be able to live their life with dignity. Living in poverty can never be accepted as normal. The experience of many that approach SVP for assistance highlight the number of structural barriers that people must overcome to access employment, including low educational attainment, ageism, discrimination, lack of affordable child care among others.

Policies and initiatives introduced by Government have a clear and critical role in alleviating the effects of poverty. So what will have a meaningful impact on poverty – a fundamental component will be a greater investment in service provision. Ensuring access to education, housing, health and child care and other services can not only impact on reducing the cost of living for households, but can also help to lower the barriers that prevent some people from taking up work.

As we settle into 2018, a great New Year’s resolution for the government would be to align the minimum wage to the living wage, and benchmarked against the Minimum Essential Standard of Living. This should be followed up by ensuring that policies and budgetary decisions are assessed in terms of their potential impact on the most vulnerable within our society. By doing so, we can move towards realising a society where individuals, families and communities can participate fully in work, education and society; and where an adequately resourced state and strong economy support the type of inclusive and equal society that we wish to live in.