Home BlogAnother Report Stating Lone Parents are living in Severe Poverty: What are we going to do about it?
Read time 04 mins
Author:
Category: Blog

Another Report Stating Lone Parents are living in Severe Poverty: What are we going to do about it? 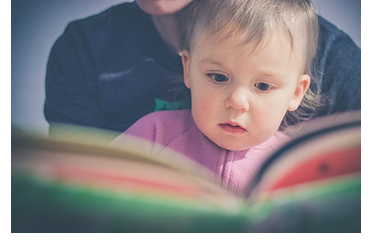 This is most evident among lone parent households. Issues such as the housing crisis, inadequate income and low education levels continue to make life difficult and very stressful for this disadvantaged group in Irish society. It was in this context that SVP Social Policy Department recently attended the launch of a ESRI Report, Poverty Dynamics of Social Risk Groups in the EU.

Out of the 11 EU countries examined, the persistent poverty gap in Ireland was the largest; it also increased the most during the study’s time frame. 33% of lone parents were considered persistently deprived compared to 23% across the other EU countries. The research measured material deprivation across 11 countries: Ireland, the UK, Sweden, Finland, the Netherlands, Austria, Belgium, France, Italy, Spain and Greece. It measured deprivation in three sets of two- year periods: the years of economic growth (2005-2006), recession (2008-2009) and recovery (2013-2014).

So why is it Ireland fares so badly in this report compared to other EU countries?

Overall childcare support in Ireland remains weak by international standards. In Sweden more than 80 per cent of lone parents have jobs thus keeping the child poverty rate low. Many lone parents in Ireland when asked state they want to work but they cite affordable childcare as a major barrier. The Affordable Childcare Scheme while it is a welcome development does little for lone parents wanting to take up employment or attend education. Lone parents on low wages and precarious hours frequently use local childminders who can be flexible and charge only for hours needed and can facilitate weekend and evening work. These parents receive no benefit from the scheme as it does not include childminders who are not registered with Tusla thus they are not eligible to avail of the state subsidy. Currently, only 122 childminders out of 22,000 are Tusla registered. While this raises a cost issue it also is worrying from a child safety perspective.

The quality of employment is highly influenced by educational qualification and lone parents in Ireland are further characterised by low levels of educational attainment. Statistics from the latest Eurostudent survey indicates that student parents are more prevalent in part-time (44%) than in full-time Higher Education (10.5%). Many lone parents who seek support from SVP have expressed their interest in attending higher education on a part time basis but the fact they cannot receive the SUSI grant is a major barrier.

We will continue to see similar reports as the one outlined if the Government do not put targeted measures in place to address lone parent poverty. The Minister for Social Protection, Regina Doherty speaking at the launch said it was important her department ‘unwind’ cuts to lone parents. The lives of lone parents and the lives of their children will not improve if we take such a narrow approach to lone parent poverty. The challenge is to now provide the resources and the political will from all government departments so that parents and their children receive the right support.