Can we be the first generation to end poverty? 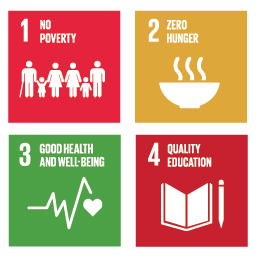 Despite widely shared cynicism regarding the bureaucracy and inefficiencies of the UN, it was apparent that even hardened hacks fell under the spell of the truly momentous moment when the 17 Global Goals were ratified.  Leaders from all over the word came together to sign a new global agreement to end poverty, fight inequality and to tackle climate change. This time  round, these new Global Goals, which replace the Millennium Goals, are different because they apply to all countries, including Ireland, not just poorer ones 'over there' in the developing world.  These goals really are universal.  The UN chief Ban Ki-moon has said that we are the first generation that can end poverty and the last that can take steps to avoid the worst impacts of climate change. World leaders queued up to show their support for these ambitious goals which seek to tackle the large scale economic, social and environmental challenges facing our planet.

The Pope, inaugural speaker of the day, was unequivocal in his naming of the poor as the biggest victims of environmental disasters wrought by climate change. He was watched from the Gallery by Malala Yousafzai as he spoke of the importance of educating girls.  Angela Merkel said that “we want to change our world and we can” while Obama cut to the chase and nailed the universality of the Goals and identified corruption, inequality, sexism, war and climate change as barriers to ending poverty.

In contrast, the speech by our Taoiseach referred to the Over Seas Development Aid model and made no reference to the fact that these goals will influence how Ireland governs itself.  While it was relevant for him to link the Irish experience of hunger, conflict and emigration and connect that to the ongoing refugee and migrant crisis unfolding in Europe, there was a sense of a lost opportunity in that he did not mention what Ireland intends to do at home.  Much needs to be done to address structural inequalities which result in serious social, economic, health and educational disparities.  Social class still dictates life chances  very strongly in Ireland, as structural inequalities are very embedded in how citizens access, or do not access, critical services.

So it’s not just about ‘over there’ anymore.  It’s about how we decide what to prioritise, how to use our resources and what we want to achieve.  As universality is a critical touch stone of the new Goals, they won’t be viewed as having been achieved until they have been reached by all peoples.   This is a very tall order but one all 193 UN member states have signed up to.  This new internationally agreed framework shows what needs to change in order to build a better, fairer world.

SVP wants Government to show how seriously it intends to take the new Global Goals in Ireland.  The first step must be a Dáil debate to begin the bedding in of this ambitious framework into the fabric of how things get done in this country.