Dear Ibec: We’re not going back to Business As Usual 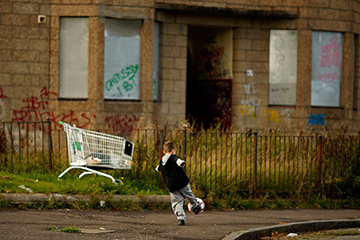 The Society of St. Vincent de Paul and Barnardos have had enough. We’ve had enough of the billboards and messaging from Ibec heralding a return to business as usual. We’re tired of hearing that economy comes first and society comes second, if at all. We’ve had it with smug adverts trumpeting that the fruits of recovery should be enjoyed by only the higher income few.  We’re done with the story that the ‘path to prosperity’ is determined by the private sector and that it is they who should set the agenda for Budget 2015.

We keep hearing Budget 2015 will have some room to ‘give back’ to a society which has endured seven consecutive austerity budgets. Business interests have been loud and clear about what this should look like: tax cuts for higher incomes. While small improvements in the economy are happening it is not being felt by the vast majority of families or individuals.

It is imperative Budget 2015 makes choices that are fair and equitable so ultimately sustainable recovery can be built. Social Justice Ireland research indicates that a decrease in the top tax rate would benefit higher earners only. We want to see the Government share the fruits of economic recovery among all people, including low income households. If any income tax or related changes are to be made, then tax credits need to be increased rather than cuts to the top tax rate.

With Budget 2015 being announced shortly, child benefit must be maintained at current levels. We need to substantially invest in social housing and build supports for parents to move from welfare to work, limiting the chance of them falling more deeply into poverty traps. At the very least, let’s not go back to business as usual – to the boom and bust cycles of Governments beholding to powerful business, financial and developer interests.