Does social welfare discourage people from taking up employment? 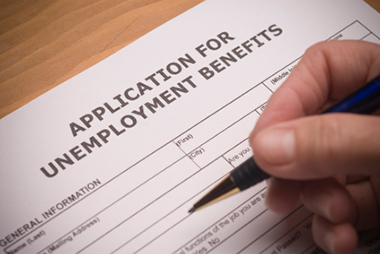 From time to time, employers express concern that they cannot get staff to fill vacant positions, or to increase their hours of work or to accept a rate of payment that will allow the employer to price his/her product/service at a price that the public is willing to pay for it.  Some employers cite the level at which social welfare is paid as the reason for the difficulties they report in sourcing staff.

This is a complex issue.  SVP’s experience is that social welfare does not discourage people from taking up employment.  The reality is that a combination of factors, faced by both employers and employees, as well as the cost of living, must be examined in order to understand the question.

Research has shown that unemployment traps – which occur when higher taxes and the withdrawal of benefits cancel out the financial gain from returning to work – are not a significant issue for the vast majority of people on the Live Register, with 94% of people in Ireland better off in employment than out of work, even when childcare and travel costs are taken into account.  Those affected by unemployment traps – who may be unable to afford to move from social welfare into employment - are those with large families, low earnings potential and in receipt of supports such as Rent Supplement.  These households make up only a tiny proportion of those on the Live Register.

However, poverty traps may be more of an issue.  Poverty traps occur when higher taxes and withdrawal of benefits cancel out the financial return from working extra hours. Poverty traps can result in employees preferring not to increase their hours of work and gross pay over a certain amount as their take home pay does not increase significantly, or may even decrease.  Means-tested social welfare payments, which are the core of Ireland’s social protection system, tend to create poverty traps.  In some cases, the design of social welfare payments can discourage those on low pay from increasing their working hours. The increased tax burden on the lowest paid is also a problem, with the abolition of the PRSI allowance impacting most severely on those on the lowest incomes.

The cost of living is another consideration.  Ireland’s prices are high by EU standards (CSO, 2014).  The cost of a minimum essential standard of living is increasing at a faster rate than inflation (Vincentian Partnership for Justice).  Ireland has the second highest childcare costs as a percentage of average wages across the OECD, and recent research by Donegal County Childcare Committee found that 56% of lower income parents were prevented from seeking employment due to childcare costs.  The cost of living and the cost of accessing services like childcare and housing reduce the return from low paid employment and may make it more difficult for those with low earnings potential to take up work.

It is overly simplistic to suggest that social welfare rates are deterring people from taking up employment.  Instead, many households are excluded from the labour market because of low earnings potential, the risk of poverty traps and in-work poverty, the cost of housing and services like childcare and the fact that a job in many cases does not provide an income that allows a household to meet their minimum needs.