Families Still Priced Out of the Rental Market after Budget 2016 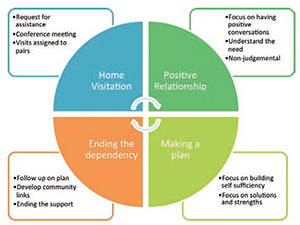 While Budget 2016 appeared to offer a little bit for many people, I couldn’t find anything that specifically sought to assist people and families struggling with rent costs. While there were increases in various payments such as family income supplement and child benefit increases, no changes to the rent supplement / Housing Assistance Payment limits were announced. As I work for an organisation helping the families priced out of the rental market and in emergency accommodation, I’m anxious to see these limits increased to meet market rents in areas of high demand and significantly increased rents.

So from a Private Rented sector point of view, I can’t help feeling disappointment. Given the noises made by Ministers recently, Government should have announced its intentions about Rent Certainty, given that a functioning private rented sector needs certainty for tenants, landlords, and to attract investors.  Budget 2016 failed to do this. The SVP pre budget submission asked for incentives for landlords to take on Housing Assistance Payment tenants, through changes to the tax system. No pledges were made in this regard unfortunately.

In terms of rough sleeping and homeless commitments, an additional emergency accommodation allocation of €17 million, up to an annual total of €70 million for 2016, is welcome, as is the use of 500 modular units for homeless households. However, appropriate and serviced sites need to be made available as soon as possible by local authorities. But the wider issue of homelessness – families and individuals in emergency accommodation – is caused by an acute lack of affordability of the private rented sector and a chronic lack of supply of social housing.

There are at least 89,000 households in need of social housing, as last measured in 2013; The Government’s Social Housing 2020 only provides for 35,000 new homes, and it is far too slow in being implemented.  We want to see the 20,000 NAMA units announced in yesterday’s Budget being dedicated to social and affordable homes – anything less would be a real missed opportunity.