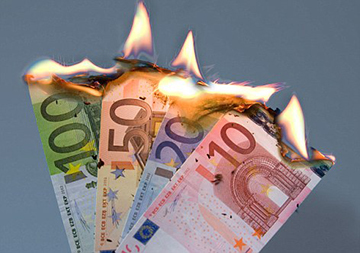 What a difference a weekend makes. The season ending storm last weekend heralded as much the beginning of the cold weather as it marked the end of the good. However, it felt like a rush of cold air came into our lives a little more than a fortnight ago. The cold realisation that for the third year in a row energy costs would increase. It never ceases to amaze me how these increases are only notified when winter is almost upon us. And if energy hikes are inevitable, why don’t we allow people to mentally prepare for them over the summer months?

The most recent increase of 2% for natural gas has been subject to protest, and rightly so. Of course it’s not the 2% that is the big problem; it’s the cumulative increase over a few short years. Gas prices rose by 22% in 2011, 8.5% in 2012 and 2% in 2013 which, along with increases in electricity prices, have reportedly seen the annual cost of energy bills rise by €500 per annum. Basically, within three years the value of the €20pw fuel allowance for 26 weeks is only covering energy price rises, leaving households who were already struggling to pay their fuel bills at a loss. Between 2008 and 2011, even before the most recent increases, the Society of St. Vincent de Paul increased its fuel assistance from €3.8million to €10.4 million. The need in Irish Society is now so great that more and more people are approaching SVP because they cannot afford the basics, like the cost of energy. This is an unsustainable situation for Ireland and an unsustainable cost for the SVP.

So, what is being done? Over the last year SVP has worked with energy companies to promote the use of Pay As You Go meters. These meters, using similar top-up technology to mobile phones, should be available to electricity and natural gas customers in financial hardship (some exceptions do apply and need to be overcome). Pay As You Go meters can handle arrears and help budgeting. In turn this helps households reduce unnecessary energy use, thus changing our behaviour.

What more can be done? Another measure for reducing household energy bills is retrofitting homes with energy saving and efficiency packages. There are homes out there that with some basic investment could become warmer, healthier and cheaper to run. While 250,000 homes have acquired retrofitting measures such as attic and cavity wall insulation, draught proofing and low energy lighting the Government’s own target of retrofitting 1million homes by 2020 is not going to be achieved. From an SVP point of view, low income households with high fuel costs should be prioritised in the Government’s Warmer Home Better Energy Strategy to tackle fuel poverty. SVP’s Pre-Budget Submission for 2014 sets out specific targets for government to make energy more affordable. At www.svp.ie/yourvoice you can join us and make your voice heard.