How can a Just Transition work for people in energy poverty? 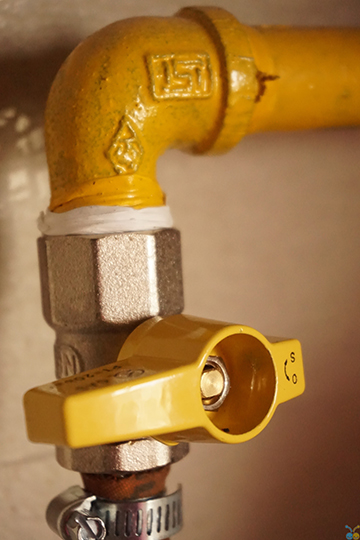 In 2019, it became clear to all of us that avoiding climate breakdown requires immediate action. At a European level, we are already committed to a target of net zero carbon emissions by 2050. Nationally, a Climate Action (Amendment) Bill was proposed to the Dáil last year, which would have given the Government’ Climate Action Plan a legal basis.

At St Vincent de Paul, we are committed to tackling the structural causes of injustice and inequality in all its forms. The UN Special Rapporteur on Poverty has said that it will be the poorest who suffer most from climate breakdown, despite contributing the least to the situation we are now in. As well as the direct consequences of the changing climate, people in poverty could end up suffering as a result of the changes we make to avoid the crisis. This is something we can and must avoid.

Preventing climate breakdown – and adapting to changes that may now be inevitable – will require many areas of our lives to change. As an economy, we must decarbonise production and the world of work. As individuals and communities, we will also see changes in our consumption habits, the way we travel, the way we heat our homes.

At SVP we are committed to making sure that these changes lead to better lives for those on low incomes and people in poverty. This societal transition must be just and equitable, benefitting the most vulnerable and sharing the rewards of a thriving economy with those who need it most.

We are asking that the next Programme for Government has firm and ambitious commitments to tackle energy and transport poverty.

It is estimated that energy poverty (measured as spending 10 per cent or more of a household’s disposable income on energy) effects one in six households in Ireland, with the rate for lone parents reaching 31 per cent.

Our recent report, Growing Up in the Cold, looked at the consequences of energy poverty for households with children. We reported that 12.3 per cent of children in Ireland are currently living in homes with a leaking roof, damp walls, floors or foundation, or rotting window frames or floors. Five-year olds in energy poor homes have a significantly increased risk of having had two or more courses of antibiotics in the past twelve months (38% compared to 24%). The link between energy poverty and health was also displayed in our report Stories of Struggle: “I can’t afford to fill the oil tank, I can fill a barrel with kerosene from time to time, or get fifty euro of brickets or coal. It’s a big home but very cold and [my daughter] is asthmatic.”

At SVP we believe everyone should be able to live in a warm home. We are advocating for a just transition that tackles energy poverty by providing people with well insulated homes that they can afford to heat; that advice is provided at a community level to households about how they can make use of government schemes and incentives; that people living in rural areas can access and afford travel to jobs and services; and that changes in the economy provide good quality jobs paid at least a living wage to communities and sectors where they are needed.

To make sure that the just transition works for everyone, we would like the next Dáil to: