How is income shared in Ireland? 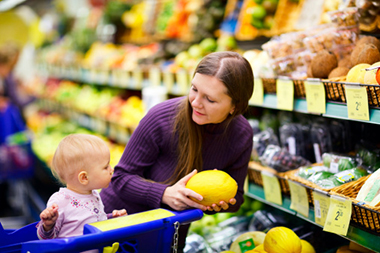 250,000 households in Ireland have a gross annual income of less than €15,000.  Many of these are single person households, unemployed households or those with low income from self-employment.

This is a sobering finding, especially for the Society of St Vincent de Paul who supports struggling households every week in communities across the country.

Gross income does not tell the whole story, as those on higher incomes will pay higher levels of taxes than those on low incomes.  Disposable household income, which is total household income after taxes are deducted is also examined.  In Ireland, half of all households have a disposable income of less than €35,000 annually, with one third having a disposable income of less than €26,000, or €500 per week.  This is the figure that matters most for people and families trying to budget every day.  Meanwhile the top fifth of households enjoy a disposable income of more than €61,000, which is €1,173 per week.  Because households are of different sizes, a large household on €35,000 will have a very different standard of living than a single person household on the same amount. The NERI study also takes this into account.

Is this enough to live on? Work done by our colleagues in the Vincentian Partnership for Social Justice (see www.budgeting.ie) shows that many households reliant on social welfare or in low paid employment do not have an income that will allow them to have a minimum essential standard of living.  For example, a one parent family with two children, aged 3 and 10 years, in employment, needed to spend €568.64 per week to live life with dignity and participate in society. The big ticket weekly items in this budget included childcare at €227, food and household goods at almost €112, hobbies and social participation at €53, and energy at €34. A two parent family with two children aged 10 and 15 years had a very similar weekly outlay of €558, with no childcare costs in that case (assuming a stay at home parent) but with higher food, transport and social participation costs.  Families like these, with a disposable income of around €26,000 per year, are going into debt to meet every day living costs, or are going without essential items to break even.

The experience of our members, visiting people struggling with childcare, health and education costs, on top of rising energy, rent and high food costs, bears this experience out every week, in communities across Ireland. Our volunteers deal with people in debt arising from everyday costs, or going without just to balance the books. Incomes matter, especially for low to middle income households.  The extent of low income in Ireland is clear. Now is the time to develop solutions to address the difficulties faced by hard pressed households.