“If there’s really a recovery why is the Tánaiste opening food banks?” 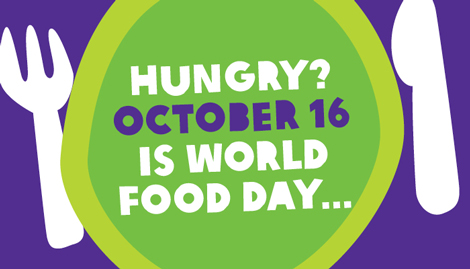 “If there’s really a recovery why is the Tánaiste opening food banks?”

This is a real-life direct quote from a woman assisted by SVP.  This woman parents alone in a small town in Ireland and has four children.  She struggles some days to find enough food for them to eat; sometimes she goes up to her mother’s house (she lives close-by) to see what food she has in her deep freeze.  This woman’s social protection was reduced substantially in austerity budgets since 2009.  This family is one of the many for whom Ireland’s current economic rehabilitation is reaping no benefit.

And her question, rhetorical as it is, illustrates the contradiction that lies at the heart of Ireland’s economic recovery in 2015.  At the same time as Minister Noonan and Minister Howlin celebrated an end of austerity budgets and spoke optimistically about Ireland’s future in their Budget 2016 speeches this week, Irish charities are opening more and more food banks.  The episode this sharp-minded woman refers to happened on September 16th when An Tánaiste, Joan Burton, TD, opened a new central food bank in Dublin city, operated by a respected charity. These food banks are not just aimed at homeless people, or people on the very margins.  They are being used by people all over Ireland that just cannot afford to meet the basic necessities of everyday life.  One could ask the question: If the social protection system were adequate and effective would we have such a need for food banks?  Is there not a great irony in the Tánaiste, who is the Minister for Social Protection, officiating at the opening of a food bank?

Some distributors of food to low income people are very innovative cutting-edge social entrepreneurships, using modern technology to link surplus food with those whose income is inadequate to buy enough food.  It’s a great idea. The social enterprises are established and operated by passionate people who want to make a positive difference for people and for our environment, which is impacted by food waste.  The social enterprises match fresh food from supermarkets at the end of the day that is not going to be sold and is only going to be dumped, with charities that distribute food to low-income households. They are used by SVP to assist families feed their children; sometimes individual families receive food bank food multiple times.

But it raises far deeper issues.  Today is World Food Day.   It is celebrated on 16th October each year to bring attention to the issues that cause hunger and poverty across the globe.  In Ireland, Gorta and Concern are holding a major event to day to mark it.  These are development charities that seek an end to poverty and lack of access to food.  However, it seems that, in Ireland, we have a real problem with poverty and access to food.  Are food banks the answer?  Should they not be a very marginal response to poverty?  What about the adequacy of wages in Ireland and the social welfare system?  Why do, in one of the richest countries in the world with high economic growth rates, an increasing amount of people still not have enough money to feed themselves in Ireland?

No matter how innovative our response to matching hungry people with food banks and food waste in Ireland, there are deeper questions that can be raised by the proliferation of food banks:   Why do we have so much food waste in Ireland?  Why is food waste considered good enough to feed some people and not others?  How ‘protective’ of people’s basic needs and rights is Ireland’s social protection system?  Is reliance on food banks and charities to make sure that their belly isn’t rumbling due to poverty a childhood experience that we want for children?

I’ll end with a quote from Nelson Mandela – he was always a good man for saying it like it is:

"Overcoming poverty is not an act of charity, it is an act of justice".

If we put the word ‘food’ before poverty in his quote, where does that bring us?  It brings us to the need for a social justice response, rather than necessarily a charity response, to end food poverty.  It begs us to ask questions about the adequacy of social protection in Ireland.  It also asks us to protect the dignity of people experiencing poverty.