Ireland is determined to repeat the housing mistakes of yesterday 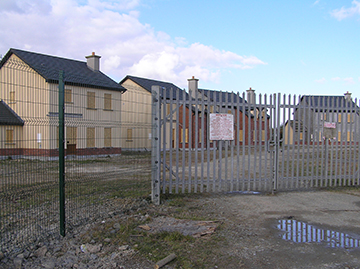 You know the saying: “Those who cannot remember the past are condemned to repeat it. ... Those who do not know history's mistakes are doomed to repeat them”. Well, it seems that in Ireland we are about to repeat the housing mistakes of our recent Celtic Tiger history, even though the dogs in the street know what went wrong, why, and the human and economic carnage that has resulted.

We know that the severity of Ireland’s recent and ongoing economic woes emanated from the destructive relationship between the property development sector, financial institutions, and the economy, where a small group of interconnected people and organisations were allowed to use human beings’ need for shelter and a home as a means of supernormal profitmaking and gambling.  We are hearing about it every day in the expensive confessional that is the Banking Inquiry.  The global economic crisis only had to blow on Ireland to tip us over the edge.

Over the Tiger period we built some good quality housing for purchase and rent in liveable communities where there continues to be demand – such housing is unaffordable to most now.  But we also built a lot of low-quality homes in locations that now have poor housing demand, often in large housing estates that do not foster community-building, far away from public and private services and employment; we built tens of thousands of unoccupied holiday homes; we built tiny apartments of variable quality.  Much of this activity was driven by tax breaks for developers.  However, new national and local authority design standards from 2007 seek increased design quality and the development of sustainable communities.  But, of course, little housing or new communities have been developed since then.

What we have not invested in for many years is social housing; a decision that is now coming home to roost in the shape of at least 90,000 households in housing need and the knock-on effects for supply and affordability in the private rented sector, which has become, in effect, social housing.

Instead, the private market was allowed free reign, and, despite national policy on building standards and sustainable communities, we asked only the legal minimum of the market in terms of delivering quality homes (and sometimes did not get it), with little thought given to creating home and communities suitable for people.  According to the statutory organisation the Housing Agency -which works with Government, voluntary housing bodies like SVP, and local authorities to deliver housing – it was a mistake that housing supply and demand was left unchecked, which, they note, had disastrous consequences.

These mistakes have resulted in unprecedented family homelessness and serious housing shortages, unaffordability and insecurity for the people that SVP members assist, and, indeed, for people SVP never meet that have ‘good jobs’ and good pay.  We have ghost estates and empty homes in places with little housing demand, and a severe shortage of homes to rent or buy areas with demand, like Dublin city and county and surrounding counties, and also Cork, Galway and Limerick cities.

We are now in a situation where it is estimated that Ireland needs to supply almost 21,000 homes per year from 2015-2017, according to the Housing Agency.  In moving forward to meet this need, have we learned from our recent housing mistakes?  SVP is concerned that maybe we have not.

SVP understands that we need new housing quickly (we have lobbied for it!), and that we need local authorities, developers, builders and investors to be in a position to deliver.  The temptation is, as it was in the past, that we deprioritise the need to deliver quality homes in sustainable communities (i.e. well-planned; socially mixed; safe for all ages; close to employment, services and public transport; sensitive to their environments) and head instead for speedy housing supply.

There are a number of reasons why we are concerned.  First, there have been calls for the reintroduction of bedsits in the private rented sector: SVP publically disagreed.  To draw in property developers, Dublin City Council (DCC) is to reduce the size of apartments required in planning permissions and remove some quality standards, and is considering allowing ‘studio’ apartments (posh bedsits).  This allows for more homes per site, reduces supply costs, and also potentially means larger profits for developers.  Even Savills property company does not agree that we need smaller apartments in Dublin given that we already have such a large stock: they argue that we need larger ones, designed with families in mind.

Second, DCC is attracting investors to build homes on development sites that they own for people on their waiting lists. Their policy for the sites involves a welcome tenure mix (social and private rented homes), but no social mix (no homeownership and all tenants will be on low-incomes).  Irish policy seeks social mix, for good reasons, outlined last week by NESC.

The pressure is also on from property developers and investors, who will be the deliverers of social housing under Social Housing Strategy 2020, the same developers that are at the core of Ireland’s need for bailout funds.  In last Sunday’s Business Post (27/7/15) one of Ireland’s large developers, who is disgruntled with NAMA, said that … “We didn’t borrow off the tax payers, we got put into this state entity”, and suggested that high development costs and building regulations are exacerbating the shortage of supply.

The pressure is on again, as it was from the mid-1990s on, to build, build, build. What will be the balance between supply and quality/sustainability?

I hope that remembering and knowing about past mistakes will result in learning that delivers homes in a sustainable way.  We may have to go a little slower than we would like to achieve this.