Home BlogIs this something we should be proud of, or embarrassed about, as a country?
Read time 03 mins
Author:
Category: Blog

Is this something we should be proud of, or embarrassed about, as a country? 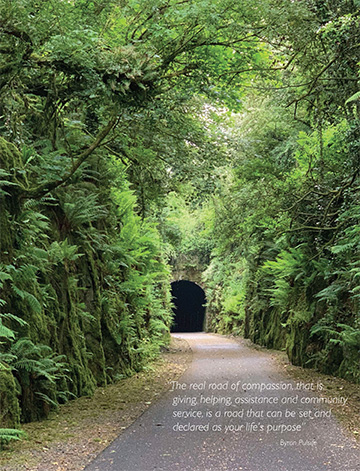 As we pass the halfway mark of this important year for the Society of St. Vincent de Paul during which it celebrates its 175th anniversary in Ireland, we should reflect and ask ourselves “Is this something we should be proud of, or embarrassed about, as a country?”

Of course we should be proud of, and acknowledge, those who are willing to give of their time so freely and selflessly to help others who are struggling, assisting in whatever way possible to try and alleviate their suffering in the hope of bringing an end to poverty and social exclusion.

If the thousands of volunteers were not there, what kind of society would we be looking at today? But in the same breath, however, as a people, as a country, should we also feel somewhat embarrassed? The fact that there is still a need for organisations like the Society of St Vincent de Paul – 175 years on -  can bring a level of sadness and disappointment with regard to the way our society has developed, under foreign- and self-governance structures.

The fact that injustice is still endemic and has proved to be resistant to design modifications in welfare structures not only in Irish society but worldwide gives food for thought. The notion of the common good seems constantly to be at odds with that other aspect of human nature - personal gain – such that an equitable balance between the two seems forever beyond reach.  Even though it requires societal enlightenment to make it come to pass, it should remain the aspiration of any charity like SVP, in effect, to do themselves “out of a job”. In an ideal world, there should be no need for SVP.

Meanwhile, as we await the coming of age of a species, it remains to those in the vanguard, those who see the need in the now and cannot look away, to do what they can. It has been that way for 175 years.

So, we offer one another that helping hand, that listening ear, that support to let someone know they are not alone. Someone does care about them and wants their suffering to end. That is SVP volunteers’ sole aim and ultimate mission.

This heartfelt effort and aspiration to help others permeates the many weekly activities carried out by SVP throughout the four corners of Ireland and many of these undertakings are highlighted in this edition. Conferences support people to develop and grow by providing educational support and offering low cost clothing via the 230 Vincent’s charity shops dotted around the country The social justice team continues to highlight issues such as the current housing crisis, the cost of living, and gaps in our education system. An excerpt from a book by Una O’Hagan entitled “The Village of Bernadette”, to be published in late September, tells the story of how a group of Irish people, on a pilgrimage organised by the St. Vincent de Paul Society to Lourdes, was lucky to escape from France in 1939 before hostilities commenced at the outbreak of World War II.

There is also a supplement featuring many photos and quotes from the special 175th Anniversary Day held at the Convention Centre in April.