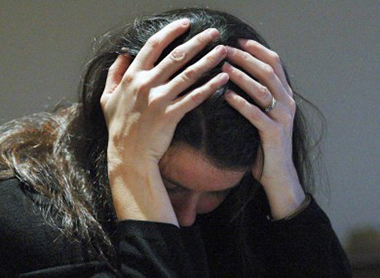 The recession is not just hitting people in their pockets, it is hitting them in their stomachs. In 2010 one in ten people in Ireland couldn’t access or afford a healthy diet, this means almost 450,000 people missed a meal within a two week period, could not afford a meal with meat, fish or a vegetarian equivalent every second day or have a weekly roast. In the same year, The Health Behaviour in School Aged Children survey found that one in five children went to either school or bed hungry because there was not enough food in the house, while 13% of children never ate breakfast on a school day.

Vulnerable groups such as unemployed people, those parenting alone, living in social housing and educated to Junior Cert level or lower are more likely to be in food poverty, which means they have less access to a healthy diet and tend to eat more foods which are high in sugar, salt and fat and less fruit and vegetables. This has long-term consequences for their health as an unhealthy diet is a key determinant of health status so having a poor diet means you are more likely to have poorer health. This is shown starkly by the 6 year gap in life expectancy between professional and unskilled workers.

And the impact of food poverty on future generations is clear to see. In Ireland one in four 9 year olds and 2 out of 3 adults are either obese or overweight. With very clear links between obesity and heart disease, stroke, certain cancers and diabetes type 2, this is a huge concern.

In 2012 the direct weekly cost of food for a child at secondary school was €35.44 if they lived in an urban setting and €42.81 if they lived in the countryside. We find it frustrating that it is up to ten times cheaper to feed children unhealthy foods than better quality ‘protective’ foods such as fruit, vegetables and lean meat and fish.

We want Government to make the right choices for how they spend the scarce resources available to give our children the right start in life. We want them to work hard to make sure that children are educated to make the right food choices and for more schools to have access to the School Meals Programme which provides healthy breakfasts for children which helps their learning, behaviour and health. School is an important setting in which to teach people about healthy food choices.

Support our online campaign if you want to make your voice heard and support our call for adequate incomes for vulnerable groups and to make sure they have enough to eat.