Real & honest engagement the only way to go 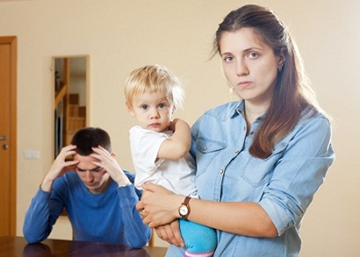 Despite the strong message in much of mainstream media in Ireland that recovery is taking hold, SVP has yet to see any positive changes, such as a drop in calls for help to our offices around the country. The SVP has seen increased calls for help for some years now, along with assisting people with their food, energy, education and various costs, which cause them hardship. Now that Ireland is post bailout and within the EU Semester Process, is of no relevance for the many people and families struggling to make ends meet in this country.

SVP members see the world through a different lens than technocrats, European officials, economists and Departmental policy advisors do. This is because of their very hands-on role in peoples’ lives, where support and friendship is offered to families and individuals in need of help through home visits, SVP members see the concerned faces of people unable to afford their rent and energy bills; parents worried about prescription charges, school tour costs, books and uniform costs and the loneliness and despair of those parenting alone. Terms such as European Semester, Country Specific Recommendations and Alert Mechanism Reports mean little to these people. Yet this new language and landscape is fast becoming an important setting where effective advocacy can seek to secure better outcomes for those SVP helps on a daily basis. We need to use our knowledge and understanding of the new vocabulary, timescale and architecture to ensure that both the EU institutions and Irish Government, particularly policy makers, hear us. They need to listen to the voice of those who have experienced extreme austerity measures and who continue to be impacted negatively by cutbacks, decreases and rationing of services and supports during the crisis. Unfortunately, general awareness of this new European process and how it will impact on Irish budgetary decisions, and the national reform programme of public services, is still at a very low level with the general public. Chances are that a vox pop poll taken in any high street or shopping centre would result in blank faces or worse deafening indifference. What does this say about democracy and the rights of people living in this country to understand and actively be involved in these brand new terms of engagement?

The recent example of the narrow and flawed approach to consultation on Universal Health Insurance (UHI) shows how wrong the Government can get such an important element of governance. Shortcomings in both the format and process of this consultation stopped some organisations from engaging. Some organisations found the template used to get responses prescriptive and restrictive and the timeframe for responding was insufficient to allow some organisations to engage. Another concern was that only one model of UHI, a multi payer insurance model, was offered as a given at the beginning of this consultation. Given that this was the most radical reform of the Irish health system, this prescriptive approach is worrying. The introduction of UHI has since been slowed down and may never be fully implemented. The lack of debate and engagement was chilling and bodes poorly for future engagement with people on issues of huge relevance to them.

As these processes are meant to bring more cohesion and stability while lessening the opportunities for member States to engage in wishful political thinking and or explicitly self serving strategies for re election, then Irish people need to have a much better understanding and awareness of this new way of collaborating within Europe We need to be able to challenge our Government and make our demands and concerns known to them. It is not an option to be excluded from this new way of working. We must exert our influence and bring our knowledge, data and intelligence about what needs to change to the right place of influence.

SVP are worried that this emerging democratic deficit echoes President Higgin’s worry about the growing gap whereby ordinary people are not involved in the governance of this country. This disconnect is deep and growing. By working collectively, Irish civil society can make a meaningful contribution to ensure that measures, policies and recommendations agreed by the European Commission - and agreed by our Government – support those most vulnerable to poverty and exclusion. We now have a new battle ground with new tools and defeat cannot be contemplated - there is too much at stake.