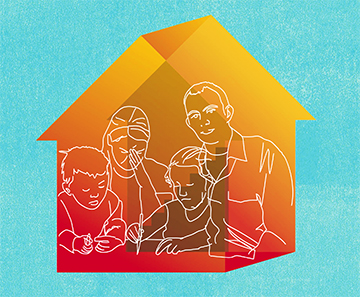 SVP knows the difference between rhetoric and reality.

Today we launched our Pre Budget Submission and ask Government to make realistic choices. We know that behind the positive indicators such as competitiveness up to 7.8%, unemployment down to 7.8% and the much quoted fact that Ireland has been upgraded from the corrective to the preventative arm of the Stability and Growth Pact that there are big decisions to be made.

Every week 2,300 calls are made to SVP offices around the country by people looking for help. SVP spends €40 million a year on direct assistance to people in need because inadequate incomes, particularly for those in low paid work, and lack of access to quality services damage people’s prospects pushing them into hardship.  SVP's 11,000 members see first hand the impact of the housing and homelessness crisis, child poverty, educational disadvantage, and how living on low incomes affects individuals and families.

That is why we are asking Government to prioritise investment over tax cuts as the fairer way to ensure better outcomes for those most in need of quality services. We know that sustained and long-term investment is the only way to solve structural inequalities and secure better outcomes for future generations.  We understand that at least €6 billion will be needed over the next 5 years to meet existing levels of public expenditure (against the backdrop of rising inflation, changes in public sector pay and the ageing population).  We also know that the new Programme for Government clearly states that it intends to prioritise higher levels of public investment.

Ireland needs mature, long-term strategic investment, including sufficient capital investment; based on evidence, sound demographic, social and economic planning.  Short-term political cycles should not be the driving force behind budgetary decision-making. Resource allocation in the available fiscal space must have the greatest long-term benefit of all our citizens at its core.

This is the moment for Government to show its intent to act on objective, evidence based analysis of what structural challenges must be reformed. We want Government to send a clear message that Ireland is prepared to make the right investment choices for the right reasons  - to build an equal nation.