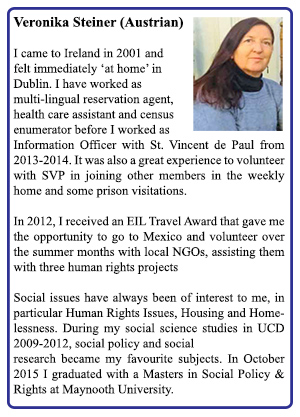 Single person households feature in housing policy and reports mainly as statistics, are hardly visible at all in the media and are at the bottom of social housing waiting lists.

The housing crisis in Ireland, particularly in the greater Dublin area, is now centre stage due to the absence of an integrated housing policy resulting in a growing mismatch between demand for and supply of affordable homes. Recent studies indicate that 25,000 housing units are required per year over the next 15 years in order to meet actual housing need in Ireland, but only half of that number is currently being supplied. 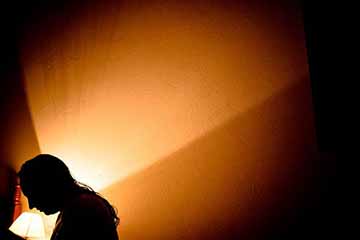 The latest figures released by Dublin City Council (DCC) show that over 42,000 people are waiting to be housed by DCC. A quarter (11,075) of those are single persons, and the highest demand is for 1-bedroom flats. Reports from the ESRI and the Housing Agency suggest that smaller housing units will be required in the future due changing household formation. It is estimated that one and two person households will account for 55 to 60 percent of housing supply requirements within the next few years.

Rents and house prices have increased by up to 40 percent in the last three years (Lyons, 2016), making it increasingly difficult for single people on low income to access affordable accommodation. The rent for a 1-bed apartment ranges from €800 to €1,200 per month in Dublin. Single person households who are on low income or depend on social welfare face the biggest barriers in accessing affordable housing.   Single people are rarely allocated social housing regardless of the length of time they are on the waiting list, and rents in the private rented sector have increased beyond the reach of many.  Single people are virtually absent from housing policy responses.

Single people on low income should not be less ‘deserving’ than other social groups struggling to access suitable and affordable accommodation. Any social group in need of housing, including single person households, deserve the same or at least similar consideration from policy makers.  While it should be acknowledged that the government faces huge challenges to deliver on its promises and commitment to support those unable to provide for accommodation from their own resources, only time will tell whether the housing needs of single person households will be met.