Standing for Social Justice in next Dail 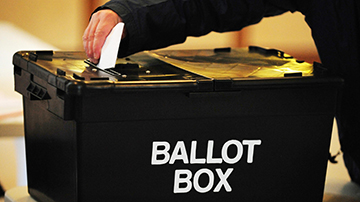 The Society of St Vincent de Paul (SVP), Trócaire and Social Justice Ireland have come together to host an election ‘hustings’ in the Oak Room of the Dublin’s Mansion House on Tuesday the 19th of January 2016 (Read Press Release).

This year’s General Election is an opportunity for the new Government to realise a fair, inclusive and sustained recovery over the next five years. All of the political parties with more than two TDs currently represented in the Dáil will take part in the panel debate to discuss how their parties would address a number of key national and global social issues if in Government following the 2016 General Election.

The event entitled “Stand for Social Justice” focuses on four areas of concern:

Long term Irish Government policy of leaving provision of many essential services that respond to basic human need such as accommodation, open to the vagaries of the private market, has contributed to our inadequate public infrastructure, impacting on the extent to which people can take up employment, make work pay, and exit or stay out of poverty.

Future tax and spending policy should prioritise the building of Ireland’s social infrastructure. Adequate social infrastructure and services are necessary to achieve dignity and equality for all citizens, from children to older people, particularly in the context of an increased total fertility rate and gradually ageing population. And Government investment should also include a strong commitment to Overseas Development Aid.

The next Government needs to decisively tackle child poverty by investing in the key policy areas of housing, education, health and social protection and in child-proofing policy. Government investment in energy retrofitting of low income homes, particularly in the rented sector, needs to be prioritised not only for climate and energy sustainability reasons, but also because of the social, economic and health benefits. Reaching the overseas aid target of 0.7% by 2020 will serve to change the lives of millions of people across the world and help put many countries on track to meet the Sustainable Development Goals (SDGs) by 2030.

General Election 2016 is our chance to make a decisive impact on poverty – both nationally and globally.