We need a new definition of what success looks like 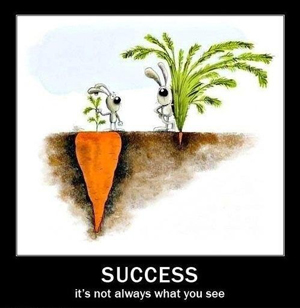 "We need a new definition of what success looks like" ...

That is what I heard Ireland’s Minister for Finance Michael Noonan say when I attended a conference on Monday January 19th in Dublin Castle organised by the IMF, the Irish Central Bank and the UK’s Centre for Economic Policy Research.   He said that we need to pay more attention to the social impact of policy, and that success should be defined by its impact on the lives of people. Unsurprisingly, the other speakers saw success as the ‘healing of the banks’ and a more stable economy.  But the economy serves the people, and not the other way round.

The theme of the conference was Ireland—Lessons from Its Recovery from the Bank-Sovereign Loop, in recognition both of Ireland’s status as EU/IMF guinea pig following the global economic crisis, our exit from the Troika bailout, and that we now have the highest economic growth rates in the EU - again.  Ireland is a success story, you see, so there are lessons to be learned.  If you’ve got a day or so to spare and a PHD in economics, you can view the conference proceedings here: http://www.imf.org/external/np/seminars/eng/2014/ireland/

The newspapers since the conference have been full of pictures of Minister Noonan with Christine Lagarde, Managing Director of the IMF, Benoît Cœuré (ECB) and Valdis Dombrovskis (European Commission).   What didn’t gather so much press attention was Minister Noonan’s speech.  He said that the Troika did not pay enough attention to social impact when developing their policies for Ireland, and that we need to address the social consequences of policies.

On Wednesday, January 20th, Ireland’s Central Statistics Office told us what the consequences of the last eight years of austerity are: Poverty and deprivation have increased, child poverty particularly so, and one parent families suffer appalling deprivation.

376,237 people in Ireland live below the poverty line and are deprived of basic material items like new clothes, a present once a year for family/friend, or a warm waterproof overcoat – that’s 22,942 more people than in 2012.  One parent families in Ireland suffer material deprivation more than another group - over 63 % are deprived of basic items.  This is the kind of poverty that SVP captured in its recent research report telling the stories of 61 one parent families assisted by SVP,  “It’s the hardest job in the world”.

Back to the IMF, the EU and Minister Noonan; yes, we need to consider the economic and social impact of policy on people.  That’s the lesson from the last eight years and Ireland’s ‘bail-out’.   We all - politicians, electorate, and Irish residents - ignore that lesson at our peril.