Working on a Domestic Matter for 170 Years 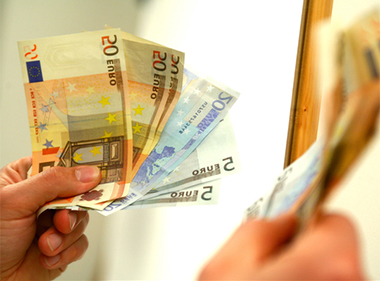 What a difference a month makes. Ireland is now out of the Troika bailout and Government continues to implement the various cuts and policy changes of Budget 2014. I’ve just come out of a meeting with MEPs from across the European Union, including a number of Irish representatives such as Gay Mitchell, Paul Murphy and Emer Costelloe, reviewing the Troika’s engagement with groups such as SVP during the bailout. They wanted to know how we were consulted by European Central Bank (ECB), the European Commission (EC) and the International Monetary Fund (IMF). We met with Troika members on various occasions towards the end of their three years here, both in the Department of Finance and in the course of various visits in Dublin and around the country. The representatives listened, but concluded at each meeting that they were interested primarily in deficit reduction and structural reform. Budget measures pursued by the Irish Government, which may cause hardship to people we assist, were exactly that –a domestic matter and not something that the Troika had strong opinions on nor intervened in.

Back in mid-Summer, on a very sunny, hot July Monday, representatives from our Mid-West Region met with two delegates from two parts of the Troika –the European Central Bank (ECB) and the International Monetary Fund (IMF). This meeting was the first day of the Troika’s quarterly visit to Ireland in mid- 2013. SVP members and staff from Mid-West gathered together to convey the impact of the recession and austerity on the people being visited and assisted by them in the region. They spoke with clarity, passion and conviction and ECB and IMF representatives at the Limerick meeting got a very good sense of the issues facing people. They visited our drop in centre behind the office, our homeless hostel, St. Patrick’s and the housing estate of St. Mary’s Park. Only a week later in July, SVP met with the wider Troika in the Department of Finance. We received a muted response from them to our take on the human cost of austerity in Ireland. At the end of the bailout, IMF official Craig Beaumont remarked that Ireland was a poster boy for bailouts operating elsewhere.

Over two months ago in early November, Ireland saw the Troika leaving from their quarterly visit while a distinguished Nobel Memorial Prize winner economist arrived. The morning after the last progress reviews by the Troika, Joseph Stiglitz was in town, warning of a lost decade due to austerity measures. Resonating with our own public campaign in the run up to Budget 2014 – Make Your Voice Heard - his view was that austerity ‘essentially never worked’ here. And even the structural reform sought by the Troika fell way short - the cost of patented and generic medicines and medical and dental fees were still too high; the Troika lamented the fact that reform of legal services and costs had not progressed sufficiently; and that a worrying 60% of unemployed people had been out of work for more than 12 months.

After their November meeting, the Troika left a cold, leaf-strewn Dublin as did Joseph Stiglitz. Both gave forecasts laden with caution, some compliments, and many health warnings for the months and years ahead. Having just stated a lot of the above to our European Parliamentarians this morning, the Summer visit to SVP in Limerick of the young economists from the ECB and the IMF is nothing more than a balmy memory. SVP continues to pick up the pieces caused by austerity and cuts to people and communities across Ireland. We respond to emerging challenges in our weekly visits to people, in places like the Mid-West Region, as we have been doing now for 170 years.

Read our Submission to the European Parliament ECON Committee