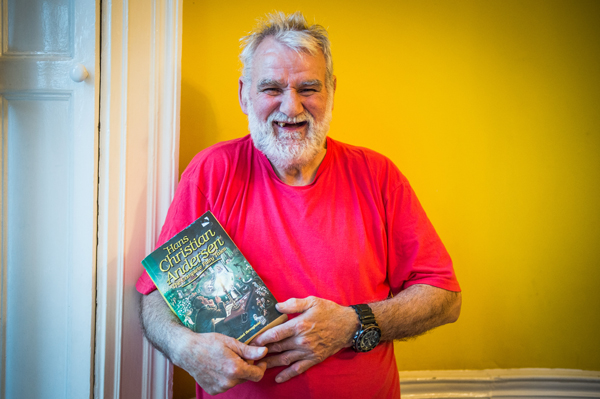 Dublin man Joe McGarvey beams with pride as he admires the beautiful purchase he’s just made; his very first book. The 66-year-old spotted The Complete Fairy Tales & Stories of Hans Christian Andersen in the window of his local bookshop in the north inner city, but frustratingly, had to bide his time before he could make the sale. “It had been in the shop window for two days”, he recalls, “and I kept saying to myself, ‘I’ll get it on Friday’. I get my pension on Fridays, and so I was praying to God it wouldn’t be gone.” Luck was on his side though – when Friday finally arrived, he excitedly made his way to the shop and became the proud owner of this magical and iconic collection of stories.

For Joe, buying this book actually marks an incredible and very emotional milestone in his life. Though he’s been attending the men’s club at Ozanam House for 11 years, it’s only in recent months that he’s made the brave and liberating decision to learn to read. “When I first came here, I couldn’t read or write”, he explains. “My reading is going very well, I’m doing it slowly. I haven’t tried too much writing yet, though I can write my name.” He smiles as he adds; “It’s changed my life.” 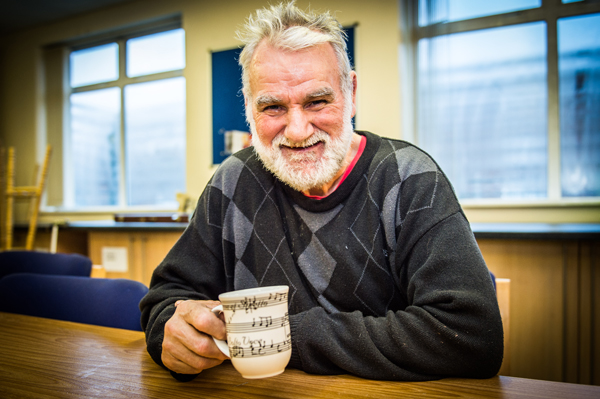 It’s fitting that Joe’s first book is by Hans Christian Andersen, the iconic Danish author who penned a whole host of atmospheric and often quite dark fairytales, many of which see their main protagonist learn a powerful lesson in the face of tremendous adversity. The Little Mermaid, The Ugly Duckling and The Snow Queen (on which Frozen is based) are just some of these stories where ultimately, a magical transformation takes place in the hero’s arduous journey. Indeed, Joe’s life has had echoes of these fairytales; full of challenges and hardship, but ultimately hope and redemption.

His early years were heartbreakingly difficult; having experienced abuse at the hands of those who should have offered care and support, young Joe’s education was cut short. At a loose end in the tough inner city and in need of money, an exciting opportunity for adventure presented itself. Joe, an animal-lover who today dotes on his three small dogs, literally ran away with the circus! It’s a time he remembers fondly; “I was with them for 17 or 18 years”, he says. “I loved it. I looked after the animals – horses, bears, tigers, lions, llamas, Shetland ponies – you name it!” But sadly, his illiteracy became an issue whenever the circus toured overseas. “I would only go around Ireland with them”, he sighs. “I couldn’t leave the country. I’d have loved to, but I would have been stranded. I couldn’t read or write, so I wouldn’t know any directions; I’d get lost. I needed to be in Ireland – otherwise I would have travelled years ago.” 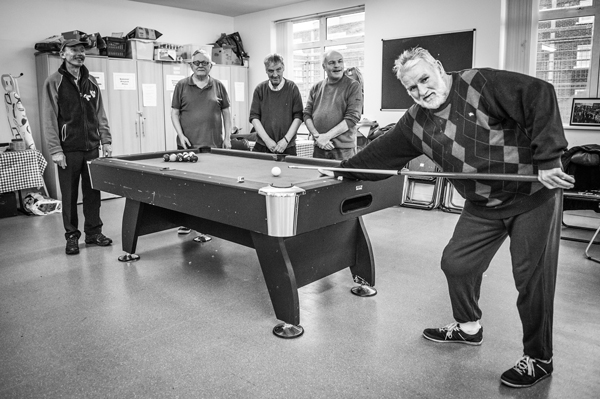 Gradually, his beloved animals were phased out of circus life, and with that change, Joe bowed out. Alone again in the city, he decided to head along to a men’s club on Sherrard Street for company, support and friendship. From there, he joined his current SVP club on Mountjoy Square. “I was rough and ready back then”, he remembers, “always on edge.  The club is important because it teaches us how to socialise and be kind and gentle towards each other. It helps us make friends and communicate properly.” Crucially, and typical of the SVP ethos, there’s no judgment, and men from all walks of life and social backgrounds are made to feel welcome. They meet three times a week to chat, play pool, learn new skills like reading and computers, and go on various outings together. “We don’t judge anybody”, says Joe, who’s proud to say he’s the longest attending member. “And what happens in the club stays in the club – it doesn’t go outside onto the streets.”

Joe is looking forward to the coming weeks, as the men in the club – some of whom sadly have no place else to go – will enjoy a special Christmas get-together in a Dublin restaurant. What’s more, he’s planning to bring his new book in to show his friends. “Next Tuesday I’ll bring it to the club and try to read some of it to the lads,” he smiles proudly. “Without them, I think I’d be lost.”