Home NewsCalls for Back to School help this summer up 20%
Read time 02 mins
Author:
Category: News

Calls for Back to School help this summer up 20% 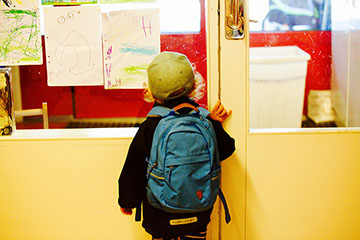 The Society of Saint Vincent De Paul (SVP) has reported a 20% increase in calls for back to school help this summer.

The Society is expecting to receive over 6,000 calls from parents by the end of August.

According to SVP the delay in processing the Back to School Clothing and Footwear Allowance (BSCFA) by the Department of Employment Affairs and Social Protection has placed additional pressure on families with limited incomes.

SVP Social Policy Officer, Marcella Stakem said “August is the busiest month for school costs in SVP and calls continue to come in this week from worried parents.

We know this time of year is stressful for most families as they try to meet the costs of uniforms, books and ‘voluntary’ contributions, and that these costs bear most heavily on families with limited incomes”.

Transition Year (TY) costs have become a significant source of stress for parents in recent years according to SVP members as costs can vary between €300 and €900 per pupil.

“Transition year costs can be significant, particularly if a family has more than one child in secondary school. TY has lots of social and educational benefits for students, but as it becomes mandatory in more and more schools, the Department of Education have to seriously examine how the costs impacts on low income families and put in place measures to promote participation”, she continued.

SVP is advocating that social welfare payments reflect the higher costs faced by families with children over the age of 12.  It says that Budget 2019 can alleviate pressure on parents by making child benefit  payable until the end of school and reversing the cuts to the Back to School Allowance.

Marcella Stakem said, “The reality is that the education system is still seeing the effects of the recession. Capitation grants to schools were cut in 2010, forcing schools to seek ‘voluntary’ contributions from parents for running costs”.

“Funding for the School Books Scheme is also inadequate. SVP members report that many secondary schools are not offering the scheme and those that have book rental, typically ask parents to pay a significant contribution of between €100 and €200. It is estimated it would cost approximately €40m per year to have an entirely free schoolbooks scheme. This is very achievable, and a good start would be providing an additional €20m in Budget 2019”, she said.

On Thursday the 30th of August, SVP will present to the Joint Oireachtas Committee on Education and Skills to outline proposals for a funding model that is reflective of the cost of providing a free, universal, and quality education.