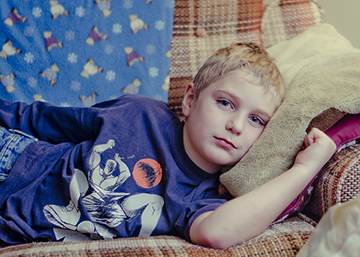 The Survey on Income and Living Conditions (SILC) published today by the CSO reflects the St Vincent de Paul (SVP) experience that very little has improved for the people that the Society assists in spite of the economic upturn.

Calls for assistance to SVP remain stubbornly high and continue at twice what they were in 2009, said John-Mark McCafferty, SVP Head of Social Justice and Policy.

According to the CSO figures there are still nearly 140,000 children in consistent poverty and one-parent families are twice as likely to be in poverty as the rest of the population.

"Almost 60% of one parent families are going without basic essentials like heating, adequate food and having family or friends over for drink or a meal,” said Mr McCafferty.

On a regional basis consistent poverty rates for the Border, Midlands and Western region was 10.8% compared with 7.0% for the Southern and Eastern region.

More than one third of households who are renting their accommodation at below the market rate or rent-free are at risk of poverty, reflecting the extent of poverty and low incomes among those living in social housing.

'However, today’s figures also show an increase in the risk of poverty rate for those who are renting at the market rate – i.e. those in private rented housing, where almost 1 in 5 households are now at risk of poverty.  This is an increase on previous years and is a worrying trend, which is likely to continue as rents in the private rented sector continue to rise. said Mr. McCafferty

Mr McCafferty also said that the findings demonstrate the importance of social welfare, pensions and child benefit.  "Without these half of our population would be at risk of poverty.” he said.