The Irish Coalition to End Youth Homelessness has called for urgent action by the Government as the number of young people becoming homeless has increased by 82% in the past four years.

Young people are one of the most vulnerable groups experiencing homelessness. They are least likely to know where they can get help or how to present to services and they are most likely to stay with friends and family in unsustainable situations. As such, many more are not included in official statistics. 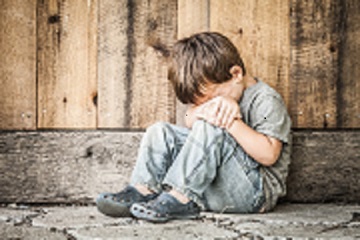 Commenting at the launch, a spokesperson for the campaign said: “We very much fear that young people who are homeless have been forgotten in the current crisis. We know that with the right interventions their specific needs can be addressed and they can move out of homelessness and into productive, independent adulthood. However, these interventions aren’t happening for everyone, and this means that more young people are in danger of experiencing long-term homelessness. We have come together as a Coalition to put forward practical solutions which will act to better protect young people at risk.”

The actions outlined in the campaign document centre around three main themes: Housing First for Youth, Prevention and Early Intervention, and addressing existing policies that disadvantage young people. Some of the key actions include:

The Coalition was joined at the launch event by Hugh Russell, Project Manager with End Youth Homelessness Cymru. Commenting on the success of the campaign in Wales, Hugh said: “The Welsh coalition has achieved considerable early success, with a pledge from the government to address the problem within a decade, an acknowledgement that it is a cross-departmental priority and an initial investment of £10m for 2019/20 to prevent the issues leading young people to become homeless there”.

The Irish Coalition to End Youth Homelessness was established in September 2017 as a way of consolidating the work of different organisations who are trying to tackle youth homelessness. The Coalition aims to draw attention to the issue and present collective solutions with the aim of ending youth homelessness.