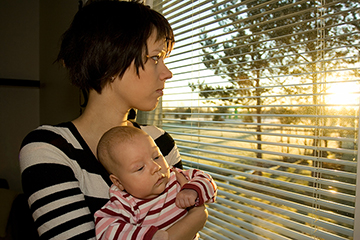 Last Monday, the eve of Budget day, a Government report on its reforms of the One Parent Family Payment introduced in 2012 found that over 50% of lone parents were worse off financially  even though there has been a small increase in lone parents taking up full-time employment.

The report shows that the reforms increased poverty among lone parent families and made parenting alone more difficult.

The Society of St Vincent de Paul (SVP)  says that it has been warning Government for years that the reforms were having a negative effect on lone parents.

The Minister for Employment Affairs and Social Employment Regina Doherty,TD  has conceded that the balance of evidence indicates that there is an increased probability of lone parents being at risk of poverty as a result of the changes.

The report by Indecon was commissioned by the the Department of Employment Affairs and Social Protection
Despite this evidence, the report did not contain any recommendation to help support lone parents into education and sustainable employment. This is regrettable says SVP which describes the measures in Budget 2018 to support lone parents as ‘piecemeal’.

In its assessment of Budget 2018  SVP also says that the Budget:

The Society says that the budget was a missed opportunity to have a meaningful impact on poverty and disadvantage.  It says that additional resources were spread too thinly. As a result the budget will do little to address the huge deficits in housing, childcare and education.

“We had hoped that this Budget would have been more ambitious, taking a longer-term view of what is required to improve public services and infrastructure, particularly for those most in need of quality services and supports.” said Kieran Stafford, SVP National President.

SVP says that its members witness the reality behind the huge number of children (139,000)  growing up in poverty every week. Through its home visitation work SVP members meet parents who go without food so their children can eat.  “We know households with teenagers particularly struggle, so it was also very disappointing that there wasn’t additional targeting for older children.” said Kieran Stafford.

“The small increase in social welfare is welcome, but for many families this will likely be absorbed by the recently announced increases in electricity prices and the PSO levy, and continually rising rents”, he said.