The Society of St. Vincent de Paul (SVP) says that greater involvement by the State in providing social housing is a welcome aspect of the report published today by the Oireachtas Housing Committee.

However SVP says while the proposal to have 50,000 units built by local authorities is more ambitious than the 35,000 units in Social Housing 2020 strategy, the question is how this will be implemented in the short term, how it will be financed given EU fiscal rules, and how existing social housing units will be protected from sell-off via tenant purchase schemes.
It says the only lasting solution to the housing crisis is increasing housing supply, particularly the supply of homes built and acquired by local authorities and Approved Housing Bodies.

“Early wins on the delivery of social housing supply are necessary in order to meet the needs of families already in inappropriate emergency accommodation for extended periods of time,” said John-Mark McCafferty, SVP Head of Social Justice and Policy.

SVP also welcomes recommendations in the report to prioritise people who are homeless along with the measures to prevent further homelessness.
"The recommendations on certainty of occupation with Government to have emergency powers, rent supplement increases in line with market rates and rents tied to cost of living index," are also to be welcome, said Mr. McCafferty.
One area where SVP had hoped there would be a clearer recommendation on in today's report is in relation to tenant purchase. This is a cause of some disappointment.

In its submission to the Committee, SVP voiced concern at the pressure that home ownership may place on lower income tenants currently in local authority housing, who may be able to buy the hose after only one year of being a local authority tenant. 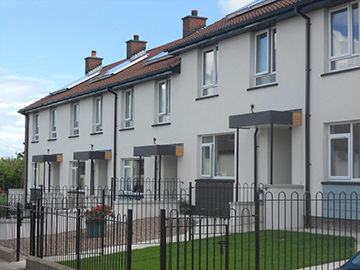 “Equally we don’t want to see social housing levels of stock reduced by tenant purchase at a time when supply is so low and the ability of the system to build and acquire additional social housing stock is so fraught with difficulty”, said John-Mark McCafferty.

SVP had sought that the Incremental Tenant Purchase Scheme be restricted to those who have been in receipt of social housing supports for a minimum of ten years, and to revise the minimum income required for tenants to qualify for Incremental Tenant Purchase upwards, taking into consideration household ability to pay the additional costs which go with home ownership.
Ring-fencing any revenue which local authorities receive from the sale of local authority housing is also viewed by SVP as an important factor in replenishing the social housing stock, via the build or acquisition of units of housing owned and managed by the local authority.


In its Pre-Budge Submission launched earlier this week, SVP called on the Government to reverse the direction set out in its Social Housing 2020 strategy in favour of built and acquired social housing units.