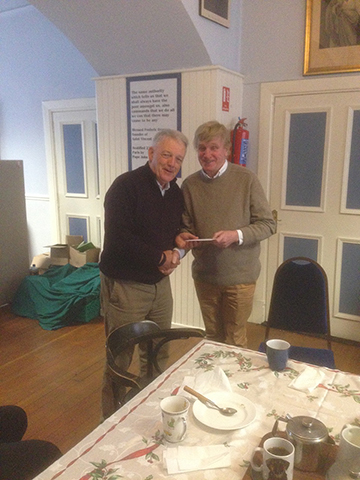 Henry Geraghty was born in Tuam, Co Galway and was involved with SVP from early on his father was a member & Henry -aged 12- would hold the SVP collection for him after Sunday Masses.

At 18 Henry moved up from Junior Member to Tuam Conference membership. He later became involved in a new Sub Committee, named The Itinerant Settlement Committee, where he worked many hours per week with the then new and large number of settled Travellers in the Tuam area. This involved Visitation, Assistance, Music and Drama Education for teenagers and helping set up a small Tinsmith industry for adult men where they made bins, pots, and cans.

Henry spent time in Wicklow and Canada and when he came back to Galway he got stuck in with SVP again. How long he was with Galway SVP started a debate as some said he was 5 years in Galway & some said 8 and it was finally agreed he was 5 years here, but did 8 years work in that time!!

He was very committed to Youth Work and travelled miles to visit schools to tell them about SVP - how it got started, who we are and what we do. His other interest was Collections and when one got a phone call from Henry he wasn't going to ask about your health, but that your presence was needed at a certain time at a certain place for a Collection.

His farewell lunch held in Ozanam House was attended by staff and volunteers where Galway Area President, Michael McCann paid tribute to his good work & Henry's reply was both eloquent and emotional.

We all wish him every health & happiness for the future.