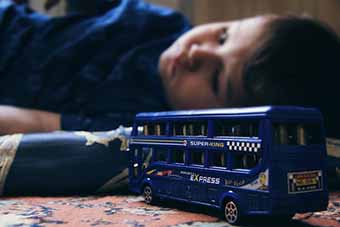 The Survey on Income and Living Conditions published today by the Central Statistics Office confirms the experience of the Society of St Vincent de Paul (SVP) that hundreds of thousands of individuals and families continue to struggle because of poverty, low income and high housing costs.

Last year the SVP received more than 130,000 calls for help across the country, with most calls coming from households with children.

“Government has set an ambitious target to lift 97,000 children out of consistent poverty by 2020, and today’s figures show that in spite of some improvement, progress is slow” said Caroline Fahey, SVP Social Policy Officer.

According to the CSO survey 16.9% of our population is now at risk of poverty, and 8.7% are in consistent poverty with the highest rates among children, one parent families, those out of work and those with low levels of educational attainment, a pattern that has persisted over the past decade. “One parent families, a particularly vulnerable group, have seen an increase in the consistent poverty rate to 26.2% in 2015.”, said Caroline Fahey.
“More needs to be done if we are to make significant progress on tackling child poverty, otherwise  too many of our children will spend their childhoods going without basics like secure housing, healthy food and suitable clothing and will be excluded from participating in everyday activities that other children and families take for granted.  While some positive measures in terms of childcare and income supports have been introduced, families need to be able to access an adequate income and good quality public services if we want to see a meaningful reduction in the poverty rate” she said.

Poverty among tenants living in the private rented sector continues to increase.  SVP members who are visiting individuals and families who are renting see the hardship imposed by increasing rents, where households, fearful of becoming homeless, often prioritise paying the rent over heating and eating.  Families are moving away from children’s schools and social supports in the search for more affordable housing.  More than 2,500 children are now living in emergency homeless accommodation, demonstrating the extent of the crisis and its impact.

Ms Fahey said that the findings also highlight the growing importance of social welfare payments, child benefit and pensions in preventing people from falling into poverty.  “Without these supports almost half of our population would be at risk of poverty.”