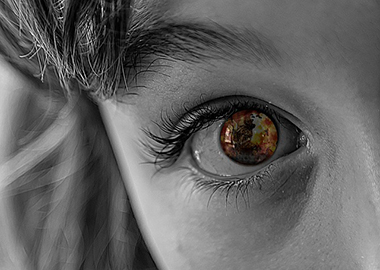 However, SVP sees the stark reality behind the statistics as struggling families face into Christmas

Responding to the latest SILC figures on poverty and deprivation published today (Monday 17th December) by the Central Statistics Office the Society of St Vincent de Paul (SVP) says that the data demonstrates that there has been some modest improvement in poverty rates, with a decrease of just under three percentage points in the rate of consistent poverty.

However, it says, children and lone parents in particular continue to experience high levels of poverty and deprivation.

This reflects the experience of the SVP, which is receiving an average of 1,000 calls for help every day from worried families in the run up to Christmas.

The Central Statistics Office is examining ways to improve the data collected on poverty and housing tenure.

Kieran Stafford, SVP National President said “The position of many people in private rented accommodation remains of grave concern.  Increasing rents mean that households are going without essentials as they prioritise their rent payments over other expenses for fear of losing their homes.

"Many of the people we visit are paying high rents to live in substandard accommodation, often in a bad state of repair with poor heating and insulation because they have no alternative.

"Some Housing Assistance Payment tenants are paying top-ups to their landlords, which can be unsustainable in the long run, leaving families vulnerable to becoming homeless.

"The housing crisis is a scandal that continues to impact on every aspect of people’s lives.”

SVP welcome that today figures shows progress on the child poverty target, as almost 25,000 children were lifted out of consistent poverty between 2016 and 2017.

However, with almost 1 in 5 children now growing up below the poverty line much more needs to be done.

"These households do not show up in official poverty statistics.  Parents are trying to shield their children from the worst effects of poverty but growing up homeless with an inadequate income and lack of access to essential services is extremely difficult for children and prevents them from reaching their full potential in the long term.”

She concluded: “We need to see more investment in housing, childcare, health, education and energy efficiency measures so that individuals and families are supported to find a way out of poverty.

We also need to see social welfare rates and the National Minimum Wage benchmarked against the cost of a Minimum Essential Standard of Living in recognition of the real costs being faced by households in Ireland.”