Home NewsMany households will be left in the cold this winter as a result of price hikes
Read time 03 mins
Author:
Category: News

*  Many households will be left in the cold this winter as a result of price hikes, says SVP
*  Budget increase in Fuel Allowance completely wiped out.
*  SVP analysis shows that Pay-as-you-go meter customers pay a “poverty premium” of 13% to 30% more than direct debit customers. 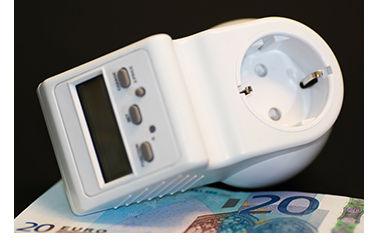 SVP says that in addition to the price increases last month by two companies, some other suppliers will increase their prices in December and January.  These follow significant hikes in gas and electricity prices in August 2018.

Over a 12 month period this equates to roughly €300 more a year for the average dual fuel bill.

The Society welcomes that Electric Ireland recently, announced a hold any price increases over the coming months when bills tend to be at their highest and that they continue to offer discounts to those on hardship PAYG meters. The news yesterday that PrePay Power will also delay their price increase is also welcomed and SVP said that it would urge other providers to follow these examples.

“For many thousands of people that SVP supports, opening a utility bill is a major source of stress and these price increases are really going to hit struggling households hard, as so many are already finding it difficult to make ends meet. It also means that the increase in the Fuel Allowance in Budget 2019 will be completely wiped out by the latest hikes” said Caroline Fahey SVP Head of Social Justice.

SVP recently carried out a price comparison of the main suppliers on the cost of electricity and found that Pay-as-you-go (PAYG) customers can pay anywhere between €103 and €274 extra per year based on standard electricity consumption.

“The uptake in PAYG hardship meters has significantly reduced the number of disconnections among customers in financial difficulty, which is obviously positive. But PAYG customers are often subject to a “poverty premium” as they cannot avail of online offers or discounts for using direct debit or online billing”, said Caroline Fahey.

She also said that there is also a practice whereby retail outlets surcharge top-ups, adding additional unnecessary charges to these customers.

“Another downside is that when households have greater control over their energy spend, they are more likely to go without. The reality is that because a €20 top-up is going to go a lot less further than this time last year, self-disconnections are likely to increase”, she continued.

It is estimated that 28% of people in Ireland experience energy poverty and in 2017, SVP spent over €4 million helping households with fuel costs and utilities.

“The Regulator and consumer protection experts often suggest that customers switch suppliers to avail of better deals. But this isn’t always possible for financially vulnerable customers is they have arrears”, she said.

Data from Eurostat shows that amongst EU peer countries, Ireland has the second highest rate of households who cannot afford to adequately heat their home and the highest percentage of utility arrears.

A report published in August also showed that Irish consumers are being forced to pay more for gas and electricity than other EU countries.

SVP says that the price freeze by Electric Ireland and PrePayPower shows that suppliers can minimise the effects of increases in wholesale prices on customers. Electric Ireland also offer a 5% discount to customers
on hardship meters and those who avail of the Household Budget Scheme, which is positive. Previously SVP welcomed that SSE Airtricity didn’t increase energy prices in November 2017 for those on PAYG hardship meters.

“We are asking all suppliers to consider putting measures in place to protect vulnerable customers from price increases and “poverty premiums”. In the longer term, further communication and co-working are needed between government departments and agencies with an energy remit. We believe the State should play a stronger role in determining housing standards, including energy efficiency and regulating energy prices to support affordability and social tariffs”, said Caroline Fahey.

She also said that SVP urges anyone who is struggling with energy costs this winter to get in touch with SVP.