Home NewsMeasures to tackle energy poverty must be seen as part of the solution to climate change
Read time 02 mins
Author:
Category: News 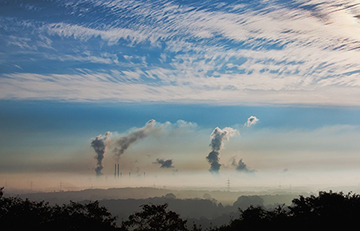 In a submission made to the Joint Oireachtas Committee on Climate Action today (25th of September) the Society of St. Vincent de Paul (SVP) stated that significantly more investment is required to tackle energy poverty and that the cost of climate action must not fall disproportionately on low income households.

In 2017, the Society spent more than €4 million on fuel and utilities for energy poor households. Over 70% of this expenditure was on solid fuel and oil.

According to the Survey of Income and Living Conditions, in 2017, almost 400,000 people went without heating due to costs.

Dr. Keilthy said: “We know that poorer communities across the world are more likely to experience the consequences of climate change such as flooding and drought and the UN estimate that 120 million more people will be pushed into poverty as a result of climate change.”

“SVP is fully supportive of efforts to reduce our carbon emissions and invest in sustainable and renewable energy generation. However, without addressing energy poverty, it will not be possible to meet our climate obligations, as energy poor households will be unable to change their behaviours in response to measures such as an increase in carbon tax. This will lead to longer-term social, health, environmental and economic costs in the future,” she continued.

SVP Budget 2020 submission includes a range of measures that would help in tackling energy poverty, including the provision of Community Energy Advisors, increased investment in the retrofit of social housing, measures to support the introduction of minimum energy efficiency standards in the private rented sector and investment in the Rural Transport Programme

According to Dr. Keilthy “If these measures were properly implemented, they would not only improve the living standards of low-income households, it will also upgrade the energy efficiency and quality of our housing stock, reduce health related costs and help meet our climate change obligations.”

SVP said it would favor investment in measures to tackle energy poverty in advance of any carbon tax increase. However, it says that if the Government decide to increase carbon taxes in Budget 2020, the revenue raised must be ringfenced for a Just Transition Fund and measures to protect low income households from energy price hikes, and welcome the Taoiseach’s commitment to do so during his speech at the UN Conference on Climate Change on Monday.

“We all have a responsibility to protect our planet but the transition to the low carbon economy must be fair and socially just. If a decision is made to increase carbon taxes on consumers without increasing taxes on the profits of the fossil fuel industry, there is a direct conflict with the principles of climate justice”, she said.