NGOS WARN GOVT NOT TO DRIVE FAMILIES INTO HOMELESSNESS 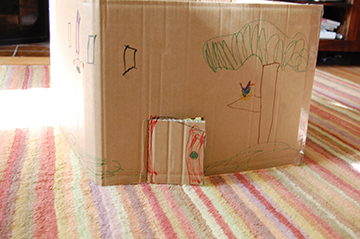 Seven national homeless organisations and two Regional Homeless Networks have come together to issue a joint and urgent message to Government calling on them to quickly agree a mechanism to moderate rent hikes which are driving hundreds of families and individuals into homelessness.


Focus Ireland, Peter McVery Trust, Simon Communities of Ireland, Society of St Vincent De Paul, Depaul Ireland, Merchants Quay Ireland and Threshold have joined forces with the Dublin Homeless Network and the Cork Homeless Network in an unprecedented  effort to bring an end to Government wrangling which has delayed action on the homeless crisis.
The organisations jointly issued a stark warning to Government that failure to deliver rent certainty will force many more families and individuals to lose their homes and become homeless due to rising rents.


‘Whether we work with single people, young people or families we are all seeing more and more people becoming homeless simply because they cannot afford to pay their rising rent bills. In Dublin rents have shot up by up to 30% in the last three years, and rents have increased by over 20% nationwide from July 2013 to July 2015. Meanwhile, rent supplement payments haven't been raised in three years and people simply cannot afford to pay the rent that landlords are asking.  They struggle to keep a roof over their heads.  They are getting into deep debt and then end up losing their homes.’


‘The facts and figures showing the rapid rise in the numbers becoming homeless are well established. They are on the Government’s own web-sites. So the only question is how we as a society respond to this situation. It is increasingly clear to all the organisations working to support people who are homeless that if the Government leaves it to the market to set rent levels there will be a massive increase in the number of families and individuals losing their homes and becoming homeless over the next few years, long before ‘new supply’ has any chance of becoming available.


The homeless organisations stressed they want to send a clear message that even with the dedication of all staff and volunteers, the organisations will not be able to deal with the scale of homelessness which a lack of firm action to curb rocketing rents will create over the next few years. The Government needs to be absolutely clear about the social and human consequences if they fail to moderate rent rises.’


Expert organisations on which the Government normally relies for advice – for instance, the Organisation for Economic Co-operation and Development (OECD) and National Economic and Social Council (NESC) – have recommended that well-structured regulation is good not only for tenants but also for landlords and for investors in rented property.
That is why the seven leading organisations, the over 20 members of the Dublin Homeless Network and nine members of the Cork Homeless Network are today calling on Government ministers to set ideology aside and respond to the reality that confronts us.

Families and individuals urgently need some form of rent certainty to slow down rental hyper-inflation and an increase in the level of rent supplement so that they can pay the rent increases that have already been imposed.’
The organisations emphasised that rent regulation alone would not solve the current homeless crisis, but was an essential first step in slowing down the numbers losing their homes. Urgent acceleration in building new social and affordable housing is also essential.


Further comment from each of the organisations can be obtained from: