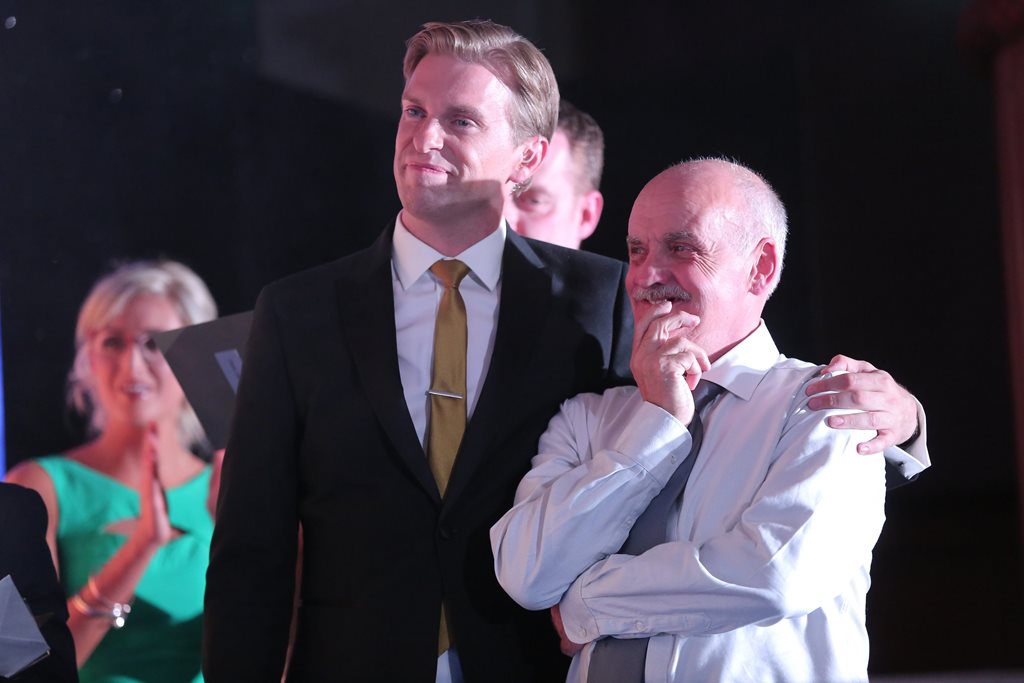 The northern regional president of St Vincent de Paul, Aidan Crawford, has been named Charity Champion of the Year at the 2017 Sunday Life Spirit of Northern Ireland Awards.

The awards recognise and celebrate unsung community heroes – ordinary people who are doing extraordinary things to make a real difference to life in Northern Ireland, touching the hearts of their neighbours along the way.

More than 350 people, including the 10 remarkable winners and their families attended the star-studded bash at the Culloden Hotel, which was hosted by UTV’s Mark Mallett and Pamela Ballantine.

Aidan was recognised for his work with St Vincent de Paul over the last 20 years, and particularly his role in helping refugees.

Judges of the awards said: “Aidan Crawford has dedicated his heart and soul into helping people living in Northern Ireland break the cycle of poverty. More recently, the Ballymena man has been involved in gathering and distributing aid to Syrian refugees and has even travelled to refugee camps in Greece and France where he witnessed heart-breaking scenes. He is a true inspiration to everyone involved with St. Vincent de Paul and will not stop until dignity and respect has been restored to refugees, calling on governments to do more to help.”

Aidan was presented with the award by Conor Boyle from category sponsor Lidl along with IBF bantamweight world champion Ryan Burnett. 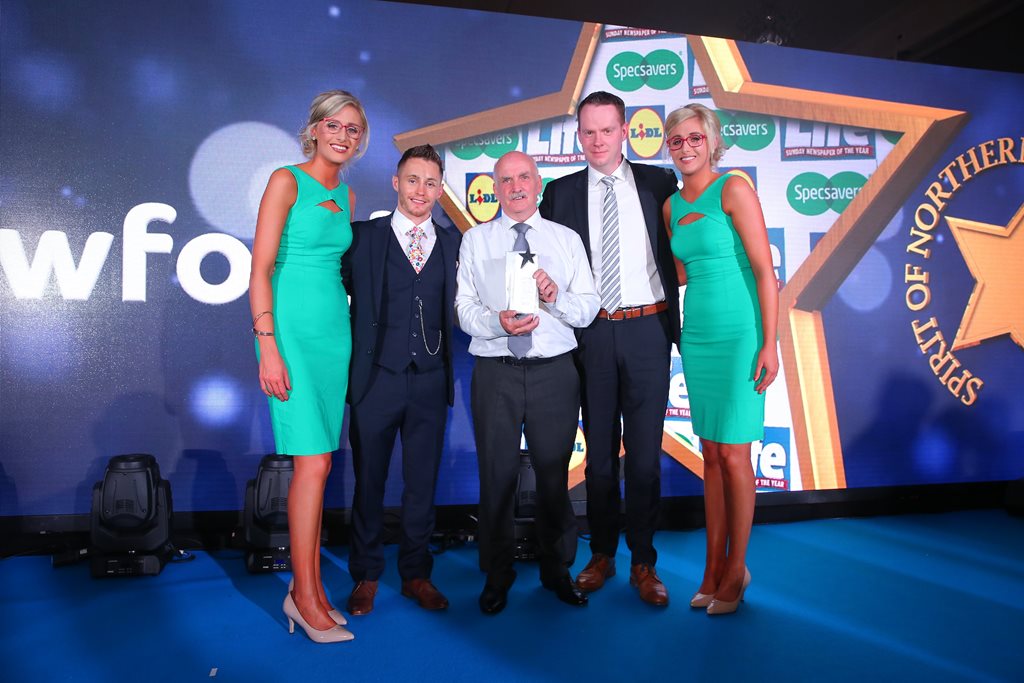 “As a judge it was certainly a challenge to choose just 10 winners as there were so many stories which moved us and highlighted the amazing community spirit which is not just alive, but thriving here.

“Each winner has shown incredible courage, grace and strength, putting others’ needs before their own and for that we warmly congratulate them and thank them for the inspirational qualities they have shown.”

Sunday Life editor Martin Breen, added: “We’ve been involved in the Spirit of Northern Ireland awards for eight years and I can truly say that each year we continue to be hugely impressed by these very special people who have demonstrated incredible selfless behaviour to improve the lives of others and make our country a better place.

“We had some of the biggest names in entertainment there to enjoy the evening which was fantastic but the true heroes in all our eyes were the winners of these awards. Their stories moved the judging panel immensely and we are delighted to celebrate all their achievements.”

The crowd were entertained by Boyzlife singers Keith Duffy and Brian McFadden and Britain’s Got Talent finalists St Patrick’s Junior Choir from Drumgreenagh, County Down. 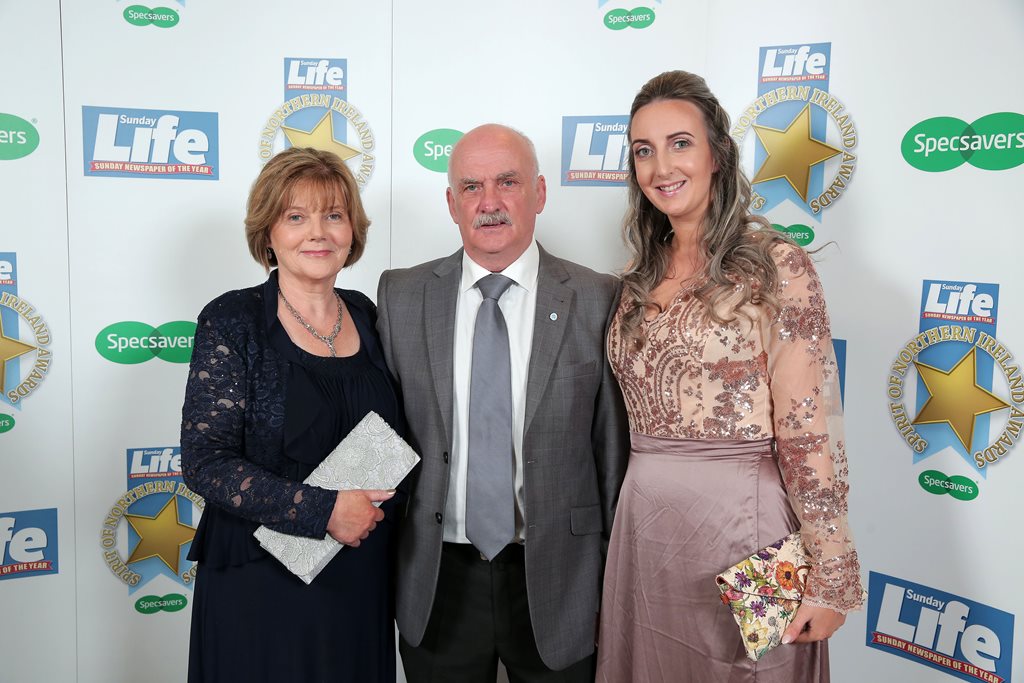 Terry Brennan, Head of News and Programmes, UTV said: “UTV is delighted to be televising the Spirit of Northern Awards once again this year. The awards truly capture all that is good about Northern Ireland, rewarding inspirational people for their achievements and endeavours.

We are very proud to bring the atmosphere and the celebrations of the night to people’s homes, and last year the programme attracted over 200,000 viewers, reflecting its continued popularity among the people of Northern Ireland.”