Prescription charge likely to be retained in budget 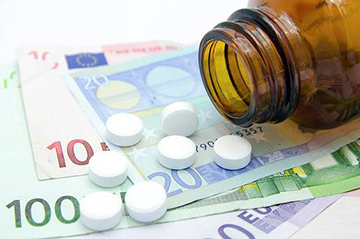 The St Vincent de Paul met with the Minister of Health, Mr Varadkar yesterday at a consultative meeting in the Aviva Stadium with over 200 other representatives from 100 organisations working in the health sector.

Mr Varadkar had been resisting calls for a reduction in prescription charges in next month’s budget. This charge brings in €100 million a year, and there was very little potential for “give-back” at present, he added.

SVP told the Minister that many patients were not taking their medication because the charge was too high. The former Minister for Health James Reilly had promised to abolish the charge, but instead increased it from 50c to €2.50 per item.

Minister of State, Kathleen Lynch said the health service needed “several Mount Carmels” in order to tackle the problem of delayed discharges from acute hospitals and stated officials had identified a number of premises to use as step-down facilities and reduce the pressure on hospital beds.

The HSE recently bought the former private hospital at Mount Carmel for €11 million.
She said up to 700 people were in inappropriate. She said a plan had been drawn up and submitted to the Department of Public Expenditure, but it would take three years to roll out.

Mr Varadkar outlined his 10 priorities for the next 18 months at the meeting including a realistic budget, stabilising the cost of health insurance and reducing the cost of medicines.
He also aims to retain doctors and nurses in the health service, introduce free GP care for under-sixes and over-70s and complete the formation of new hospital groups.
Other priorities are five major capital projects, measures to tackle the problem of delayed discharges, universal patient registration and the Healthy Ireland Council measures designed to tackle obesity and alcohol and tobacco misuse.

Longer-term projects over the next five years are to include the introduction of multi-annual budgets for the health service, the extension of free GP and dental care and the reconfiguration of services into hospital trusts.