Report confirms that changes to supports for lone parents were counterproductive 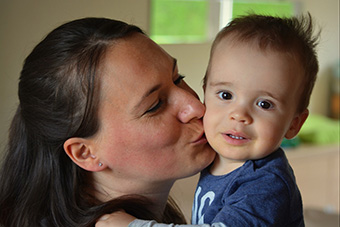 The report published today by the ESRI confirms that the changes to the One Parent Family Payment introduced in 2012 were counterproductive and reduced the income of employed lone parents, says the Society of St. Vincent de Paul (SVP).

Dr. Tricia Keilthy, Head of Social Justice with the Society said,  “This is the fourth report to be published in the last nine months which shows how the cuts during the crisis reduced the income of lone parents and pushed them into deeper and more persistent poverty. From the outset of the reforms, it was clear that the policy lacked coherence and led to the development of a complex system of supports, where eligibility depends on the age of their youngest child.”

“Since 2012, SVP has been particularly critical of the decision to abolish the features of the One Parent Family Payment which supported lone parents to take up employment and education. The ESRI research clearly shows that the cuts and changes resulted in income losses for employed lone parents. This is also reflected in data from the European Income and Living Conditions survey, which showed that the rate of in-work poverty among lone parent increased from 9% in 2012 to just over 20% in 2016”, she continued.

The ESRI report also demonstrates that adequate subsidies under the Affordable Childcare Scheme can improve lone parents’ access to employment and make it possible for parents to take up and increase working hours.

“We fully agree with the authors of today’s report when they say labour market activation can’t occur in a vacuum. Changes in the benefit system need to be considered alongside other changes in childcare policies and family friendly employment practices, the availability of social and affordable housing, and legislation relating to precarious work, minimum wage, and child maintenance.”

“It is clear that the Government needs to move away from a ‘work first approach’, as it does not consider the barrier to education and training, making access to quality employment more difficult. Lone parents need decent employment opportunities that fit with the realities of everyday family life”, said Dr. Keilthy

SVP is calling on Government to take the unacceptable level of poverty among one-parent families very seriously. In their 2019 pre-budget submission the Society outlines a number of incremental changes that will assist families in paving a pathway out of poverty. Their proposals include further investment in good quality childcare; increased targets for the delivery of social and affordable housing, and improvements in income supports, which help lone parents, take up employment, education and training.