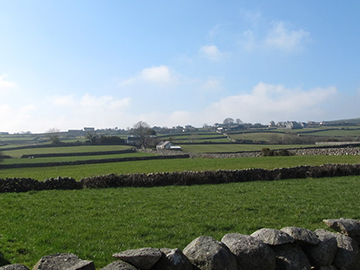 Seamus Boland, Chief Executive of Irish Rural Link suggests the establishment of a formal community-police partnership to operate at county or regional level and says it is imperative that the Minister for Justice takes immediate action to reassure the thousands of people living in isolated areas that the Government will protect them from attacks.


Two years ago, a sixty-eight- year-old man cycled some 30 miles to check into a nursing unit, having abandoned his home because of fear of being attacked. It was both a shocking and a sad reflection of the fear felt by many others in the same situation.

It also reflected the reality of a consistent narrative which outlines the numerous attacks on people living in isolated rural areas. These are people who show no mercy and have absolutely no regard for their victims.

Against the background of the yearly announcement of Garda station closures, announced by the previous Minister, Mr. Alan Shatter T.D. the narrative exposes the complete failure to reassure people that there is a credible alternative to this closure policy and that the Gardai would be equipped with the necessary squad cars and equipment needed to sustain a realistic presence in theses area.

Since the 68-year-old arrived at the nursing home, he may have considered the possibility of going home. After all, the home means everything to most people, especially those who have lived many of their years there. It is the home that stores memories of times gone by. But now, he will hear the voices of his attackers, the calls by Garda representative leaders for more resources and how rural communities should be afraid.

He would also have heard that the idea of rural community Garda clinics would also be quietly shelved and that many community organisations are extremely unhappy with the Minister and the Garda Commissioner’s response. He will know that many rural property owners are now spending large sums of money on increased security.

Where once the entrance gate lay permanently open and the front and back doors rarely locked in rural Ireland, we now see the electric gate and the blinking security light on the gable end of the house indicating that the house is connected to an alarm system.

Such is the lack of confidence by vulnerable people in the Gardai, that unless they have the means to spend large sums of money on protecting their homes, they remain in a constant state of worry.

Of course the man I referred to will know the work of communities in their efforts to reassure people, who are worried about break-ins. Examples include: the work of community alert and neighbourhood watch initiatives; the support given by rural transport programmes; the provision of home security systems and the work of many of the active retirement associations. He will be aware of the many helpful hints asking him to link with neighbours and reminders to people in the community to call in.

The problem with all of this is that he and thousands of others need to believe that the basic service provided by the Gardai is robust enough to protect communities and that there is evidence that criminals get caught and prevention mechanisms are real.

Whatever may be said about reducing Garda presence through station closures and reduced personnel, the least that can be determined is that before these reductions, there was some Garda presence in the area. The loss of that presence must be compensated in some fashion and it is here that new ideas need to be considered.
One of those ideas is to establish a formal community-police partnership to operate at county or regional level.

It would also be extremely useful if the new Minister for Justice would, in a public way, by words as well as deed, reassure the thousands of people living is isolated areas that she is well aware of their plight and intends to do something about it. In fact, as we come into the Winter, it is imperative that she does so immediately.

In the mean time we can all play our part in ensuring that people are not forgotten.

This means visiting people and involvement in the local neighbourhood watch or community alert programme. It means deliberately noticing what is happening in the local community and being quick to observe if someone hasn’t been seen.

The alternative is the continuation of a fear that was so strong it forced an elderly man to seek refuge some thirty miles from his home in the dead of night.